February 20, 2021 0 Comments by Chris in Infrastructure
Was up on the Orwell Bridge last night with the Highways England teams installing the new electronic signs and cameras to enable the new 40mph to be be implemented and enforced during periods of high winds to end the bridge closures.
Work started at the end of January and is scheduled to end the end of next month. Unfortunately last week work had to stop on site due to the freezing weather, the pipes in the porta cabins actually froze.
The current 60mph signs are being taken down and replaced with over 20 new electronic signs that will ordinarily show 60pmh but 40mph when wind speeds are high. A new set of speed cameras also need to be introduced on the bridge to enforce the 40mph, the current cameras used to enforce the 60pmh can’t be used to do this. All of this does mean that the works will take longer than all of us would like because of the new cables that need to be introduced (this is the work that I saw taking place last night).
I thanked the teams working on the project who are often working through pretty tough conditions on the top of the bridge but made it clear to Highways England officials that its both my expectation, and my constituents expectation that there are no more slippages with the timeframe for introducing these measures and it really does need to be sorted by the end of March.
Last night the westward direction side of the bridge was closed, many of you will have seen that this decision was taken reluctantly after concerns were raised about the safety of workers as some drivers were not respecting the temporarily speed limit along the bridge during the evening hours where the installations of the new measures were taking place.
It’s been a long journey to get here. Far too long in my view but we are where we are and I’m pleased that a solution to the frequent closures of the bridge very much appears to be at hand here. As we look to get the local economy going post the lockdown the last thing we need is more closures of the bridge that are thought to cost the local economy £1 million per day.
Also managed to actually get inside the bridge for a bit of a walkabout. 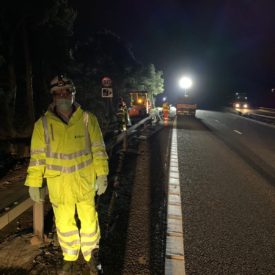 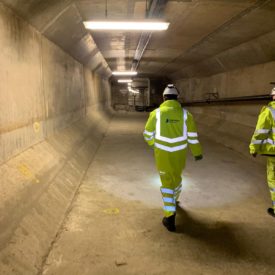 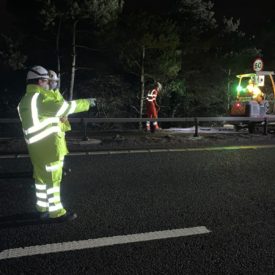 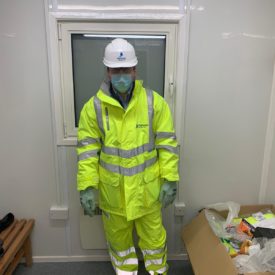 A14 Orwell Bridge to remain open during high winds

November 20, 2020 0 Comments by Chris in Infrastructure

Highways England have completed their safety validation work so we at least now know that at some point soon we will touch wood be turning our back on frequent closures of the Orwell Bridge. However I remain dissatisfied with how long this has all taken and I will continue to push for the new measures to be implemented as soon as possible. Following pressure that has been applied it now seems likely that Highways England may be working to deliver the changes ahead of the end of March deadline they set themselves a few weeks ago.

I was promised in January that they would deliver the changes at the start of winter not the end. Next week I will be meeting with the Roads Minister to discuss the timeline for delivery. I will provide more updates soon.

October 26, 2020 0 Comments by Chris in Infrastructure

Written a letter today to the Transport Secretary about Highways England and their performance over the past 2 years or so regarding the Orwell Bridge. In October 2018 they launched a report into what do about bridge closures that was delayed by 6 months and now the timeline for implementing the recommendations of that report has also been significantly delayed. I was promised that a new 40mph speed limit would be introduced ahead of the 2020/2021 winter season but now they are suggesting a completion date of end of March 2021.

I have previously raised before in the House of Commons and am currently applying to hold a special debate in Parliament on the matter. As I mention in the letter I also plan to meet the Transport Secretary. 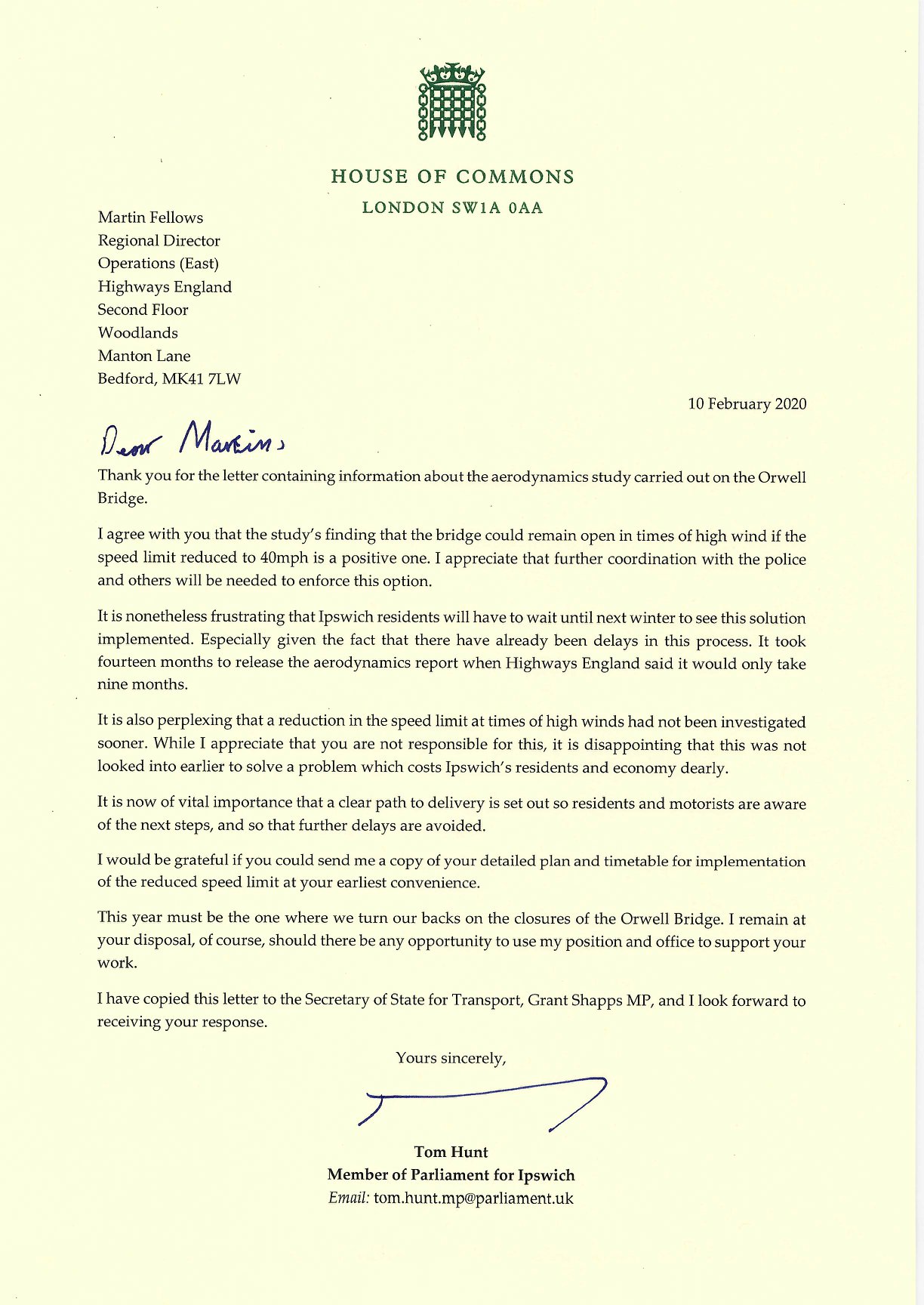 I have just posted off a letter to Highways England regarding the current situation with the Orwell Bridge, I have sent a copy of my letter to the Transport Secretary. This follows the recent publication of the report into the Orwell Bridge by Highways England and recent closures. Though on the one hand its good to see that this time next year there will likely be no more wind related closures of the Orwell Bridge because of the new speed restriction, it is frustrating that it will likely take an extended period of time for these new measures to be introduced, meaning that in the short term there will be no relief.

I do not believe that Highways England have embraced this issue with the urgency required. Closures of the bridge cause major disruption for my constituents and taking 14 months to produce the study was unacceptable. You can understand that when Highways England massively overrun on the time they said it would take to produce the report, that many of us are concerned that Highways England will take a long time to introduce the measures outlined in the study. In my letter I have been clear that I will be monitoring the situation closely and would like to have regular meeting to check progress. Some of the contents of the report were encouraging but we need quick action, not more dithering and delay. The reality is that the wind this weekend was so strong that even with a reduce speed limit this weekend closure may have been necessary.

Not all closures of the wind are linked to the strength of the wind and many other factors connected to the Bridge clearly need to be explored. Its also very frustrating to be told that introducing a 40mph speed limit is the solution when this could have been done years ago and how much disruption and damage to the local economy could have been avoided?

First things first, Happy New Year to everyone in Ipswich! I am hopeful that 2020 can be a year where significant progress is made in tackling issues across the town, making Ipswich an even better place to live.

I remember last October when it was announced that Highways England had commissioned an aerodynamics study looking at the ways in which closures of the Orwell Bridge could be minimized and what measures could be introduced to prevent closures of the bridge at times of high winds.