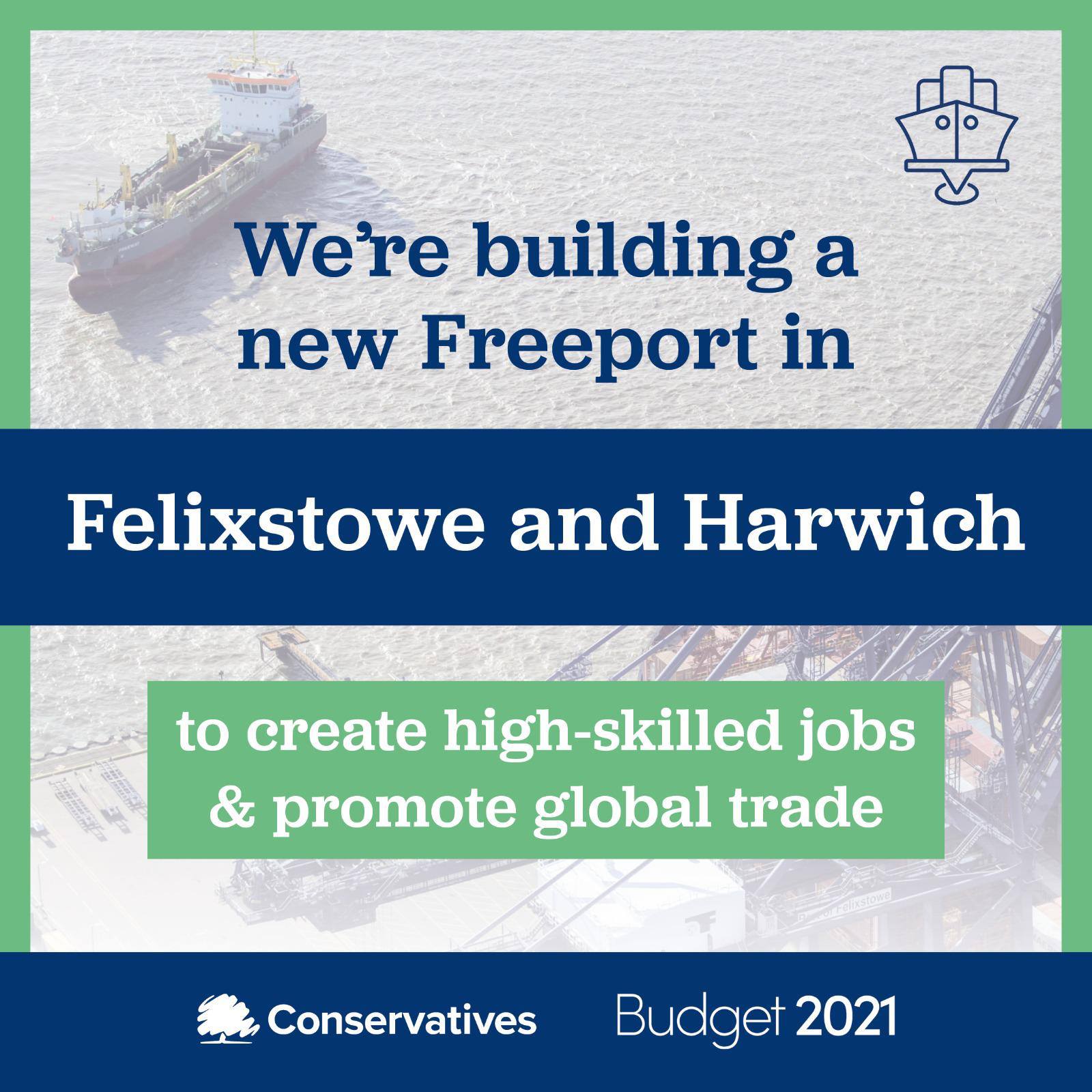 On Thursday I sought assurances from the Government that when it comes to freeport bids, the Government would consider the hugely beneficial impact a freeport in Felixstowe would have on some of the most deprived communities in Ipswich.

A freeport would be hugely beneficial for Felixstowe. The port is already responsible for the employment of 6,000 of my constituents whether directly or indirectly and it would be a huge boost for us. When it comes to the government’s levelling up agenda, it is of course important that attention is paid not only to northern towns but also to measures which will help some of the most deprived communities in our town. This should be at the centre of the Government’s thinking when it comes to these freeports.

The Minister informed me that that was precisely the thinking behind these freeports and that it was right that we should be advocating for them on behalf of those who need opportunities and need to benefit from the levelling up agenda. He agreed that the benefits of the Governments free trade agenda should be shared across the country including in Ipswich. It would attract new investors, drive up trade, and create regenerate our communities by creating more jobs and providing better infrastructure.