July 12, 2022 0 Comments by Chris in Local Economy
A pleasure to host the 2 year celebration of Ipswich-based Frugalpac in parliament yesterday, with the guest of honour Phillip Schofield.
Frugalpac are an Ipswich based company with global reach and a really innovative product. I’m incredibly proud to have this world leading business in Ipswich. I visited in February and have heard about all their plans to expand. It’s great to see such an important and innovative company employing local people in Ipswich.
The Frugalpac paper bottle is the only one of its kind, reducing the carbon footprint of bottles and presenting a real and brilliant solution to excess waste from packaging. The Frugalpac bottle uses 6 times less carbon than a glass bottle and four times less water. It’s also five times lighter, which reduces carbon footprint in transport as well as costs!
Phillip is a great wine lover and is working with Frugalpac for his new wine product. As a customer Phillip explained just how impressive this product is and how innovations like this are the way forward.
Read More 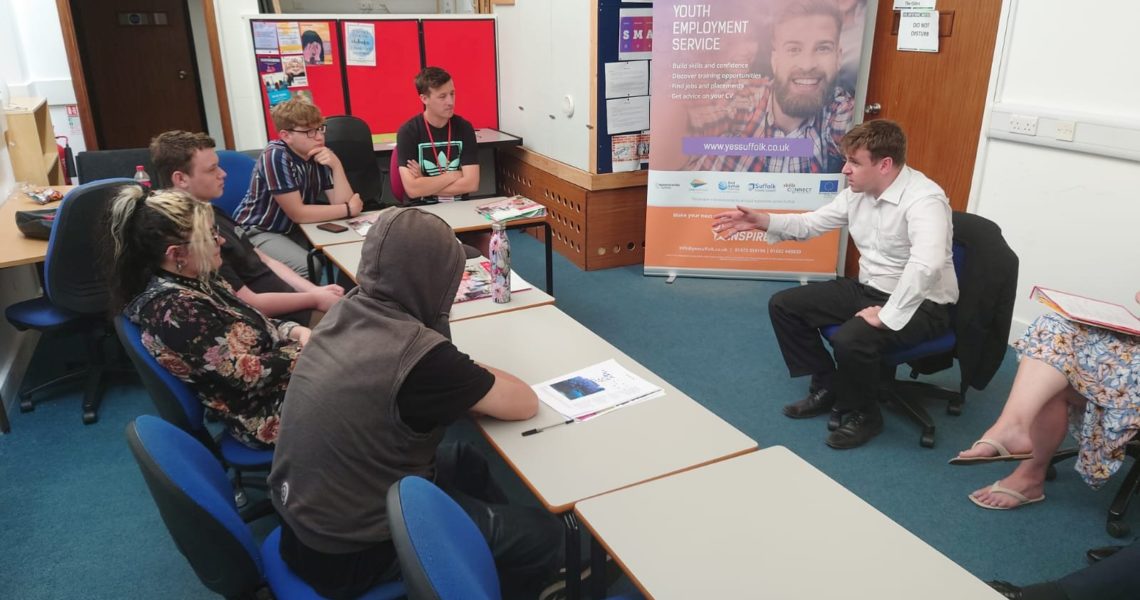 July 8, 2022 0 Comments by Chris in Education
A great chance to speak to the team at Inspire Suffolk and the young people involved in their youth program. This project focuses on developing young people’s skills to prepare them for the world of work. As well as paving the way for success and future employment, this program brings young people together to talk about other topics like their mental health. For example, today they raised reliance on public transport – especially when this is unreliable and expensive, and how this can impact employment prospects.
Making sure that local people are able to take full advantage of high-paid job opportunities means making sure our people have the right skills. This project prepares young people for their futures, giving them the tools they need as successful and independent adults thriving in employment.
A great discussion here today with the young people at Inspire Suffolk, the future of Ipswich looks bright!
Thank you to Terry Baxter and Jay Wallace-Lagan from Inspire Suffolk Prince’s Trust Qualifications.
Read More 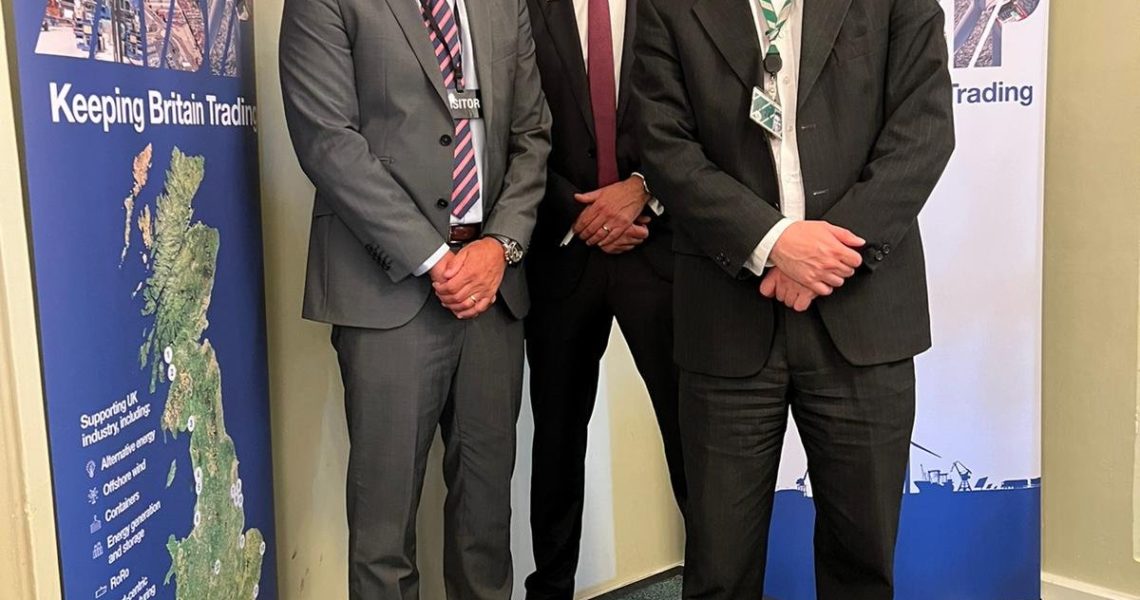 July 6, 2022 0 Comments by Chris in Infrastructure
There is a lot going on in Parliament today, which I have already commented on in a previous post. But it was brilliant to have the Port of Ipswich representatives in Parliament today.
I spoke to Paul Ager, the Divisional Port Manager at Port of Ipswich, and Henrik Pedersen, the overall Chief Executive Officer, at Associated British Ports.
Sizewell C will bring more activity to the Port of Ipswich and it’s important we harness the new opportunities and jobs for local people.
Today I lobbied the Chief Executive for more investment in the Port of Ipswich. I lobbied the Chief Executive of ABP for more investment into the Port of Ipswich, and also for them to go further on bringing forward apprenticeship schemes for local people.
With my role in the Education Select committee, improving the skills provision and apprenticeship opportunities are objectives I am incredibly keen to support. We also spoke about the future of the island site owned by ABP, with one of the Town Deal projects, the Spirit Yachts Maritime skills academy.
Pleased to meet Paul and Henrik, and will be working with them both going forwards.
Read More

I voted for Boris Johnson to become leader of the Conservative Party and Prime Minister. Looking back over the past three years there is much he’s got right. It’s hard to think of a Prime Minister who has had more on his plate to deal with on a daily basis. Sadly, I have come to the conclusion, like a large number of my colleagues, that it’s in the best interests of my constituents, the country and the Conservative Party for the Prime Minister to step down. A continuation of the status quo cannot continue and, regretfully, I believe that the Prime Minister’s tenure in office has run its course.

The Prime Minister broke the Brexit impasse that was so debilitating for the country and our democracy. He defeated Corbyn who posed a huge threat to our country and our values. He was at the heart of a hugely successful vaccine roll out and has provided effective leadership on the global stage throughout the war in Ukraine. Ultimately these are the reasons why up until now I’ve continued to support the Prime Minister.

The period since the autumn and the Owen Paterson affair has been an incredibly rough ride. Partygate has caused great anger for many of my constituents and I myself have been deeply uncomfortable with elements of it and its handling. Despite all of this, though, I looked at other major issues where the Prime Minister was getting it right and, with war in Europe and a huge cost of living challenge posed by global inflationary pressures, I didn’t think now was the time for a leadership election and the associated disruption that would bring.

However, events of the past week have been the straw that has broken the camel’s back. In a sense one of the worst things about the revelations at the Carlton Club last week was how unsurprising they were to many colleagues. I personally find it hard to believe that the Prime Minister wasn’t aware of the extent of concerns about the former Deputy Chief whip. I strongly believe that the situation which occurred last week could have been avoided and I also think that the handling of it subsequently was deeply disappointing.

I do not regret voting for Boris Johnson to become Prime Minister. And I do not regret giving him some space to try and turn things around and regain the trust of both the public and the Parliamentary Conservative Party. Sadly however, this opportunity has not been taken and I foresee things descending to new depths and I do not think that under the Prime Minister’s leadership it will be possible to unite the Conservative Parliamentary Party and give us the best chance possible of winning the next General Election.

On the key issues, I believe that the Conservative Party continue to be on the right side of the argument and the Labour Party the wrong side. The Government has many great achievements to its name and many extremely competent Ministers. However, under the Prime Minister’s leadership it is becoming increasingly difficult for both the Government and us as Parliamentarians to focus on these key issues and achieve our full potential in delivering for the British people.

There is no good in blaming sections of the media for the situation we find ourselves in. They’ve been given the ammunition time and time again.

The great risk as I can see it is that the status quo rumbles on, more division is created in our Party and we end up with a Labour Government propped up by the Lib Dems and the SNP.

Unsurprisingly therefore I have today submitted a letter of non confidence in the Prime Minister.

June 24, 2022 0 Comments by Chris in Crime Misc
Clearly human rights are important and must be protected. However, its a sad reality that current human rights laws are making it a lot harder for us to deport foreign criminals found guilty of heinous crimes and also making it harder to control our own borders. I’m pleased that a new British Bill of Rights is being brought forward to address these issues and restore a better balance between rights and responsibilities. I trust our own Parliament and Courts to safeguard our rights.
The Lord Chancellor believes that a new British Bill of Rights will enable us to deliver the Rwanda policy and make it easier to deport foreign national offenders without having to leave the European Convention of Human Rights. I very much hope this is the case.
It does frustrate me how long it takes to bring new laws into place. I asked the Lord Chancellor last week to expediate the plans to bring in a new British Bill of Rights. Happy to do all nighters if necessary. Appreciate this is an important Bill and Parliament needs time to scrutinise it but this shouldn’t be allowed to drag on for months.
Read More