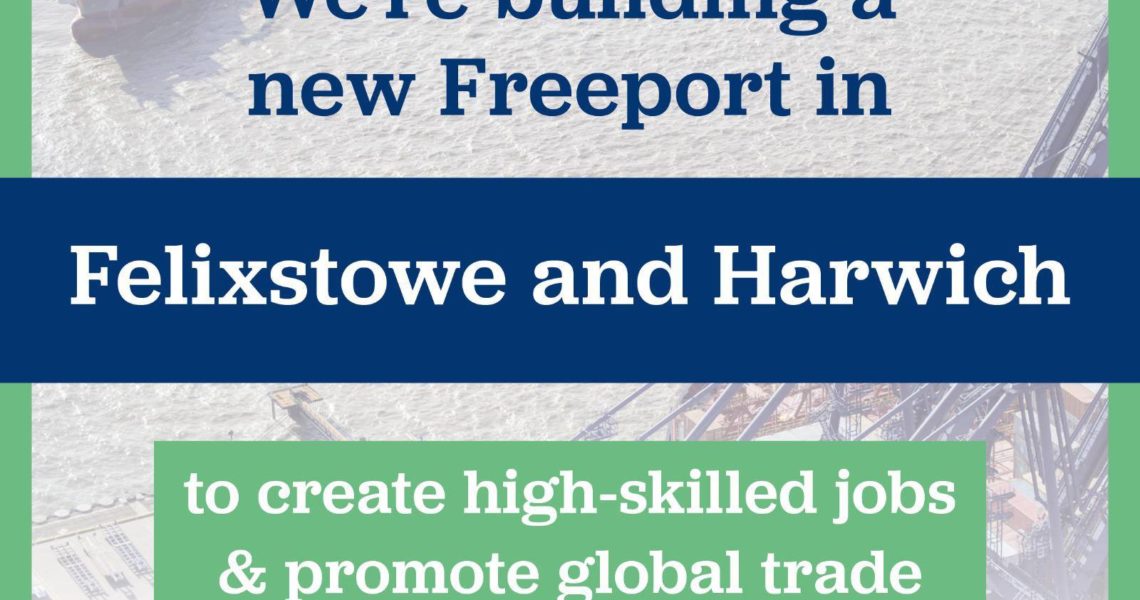 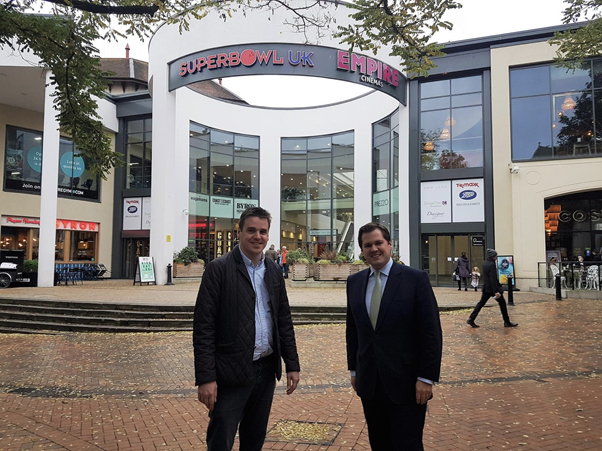 March 3, 2021 0 Comments by Chris in Local Economy Town Centre
I’m very pleased that we have secured the full £25 million. Together the 11 projects that will be funded provide a significant boost to our Town at just the right time.
Both myself and Dr Dan Poulter are keen to ensure that this new investment gets right across the Town, particularly to some of the areas that understandably feel like they have been a bit left behind in recent years.
There is much that has excited me about the investment we will be getting. From the investment in skills and opportunities for young people, the training of the next generation of nurses and social care staff, and the giving of a new lease of life to many of our Town’s most iconic buildings that have been allowed to fall into disrepair and redundance for too long, this money will make a real difference.
When the Communities Secretary Robert Jenrick visited Ipswich before the last General Election Councillor David Ellesmere, the Labour Leader of the Borough Council poured scorn on the visit. He dismissed it as an “election bribe”. Personally, I believe that this £25 million is a real demonstration of the Government’s commitment to the Town and that the vast majority of my constituents will welcome it. Hopefully, there may be more Government investment over the coming years.
Read More

Last week I spoke in a backbench debate on education on the Government’s plan for assessments. I welcomed the reopening of schools on the 8th March.

In terms of SEND students, many have struggled with online learning. As I know from my own experience, many people with dyslexia and dyspraxia value examinations because they do not learn in the same way as their peers. Being unconventional learners, they have the opportunity to surprise people in exams because they can consolidate their knowledge in their own way. I believe that when teachers are deciding whether their pupils should do tests or not, the pupils should feed into that decision as they may want their attainment to be reflected by in-class assessment. I would like to see more clarity from the Government on whether schools will make these decisions for all their pupils collectively or whether different methods can be used for pupils with different needs.

I also noted that in terms of the impacts school closures, the most disadvantaged have been the hardest hit. This especially applies to pupils from the Roma community in Ipswich who do not have English as their first language. Lots of schools in Ipswich were making tremendous progress with these pupils before the pandemic but unfortunately rates of participation in online learning has been lower amongst this group than the average and as a result there are concerns that progress has gone backwards. Therefore, when we talk about ensuring pupils catch up, an element of that is providing resources to schools to help these kids get back to where they were.

I also expressed my excitement about the FE white paper and my desire to see Suffolk included in the Trailblazer Schemes for the new skills improvement plans. I have spoken to so many businesses recently who tell me about the jobs they have coming down the pipeline who want to be able to capitalise on a local skills base.

On the Education Select Committee last week, I wanted to tackle the issue of the unequal schools funding formula which puts pupils in more deprived areas of our town at a disadvantage compared to their peers in other areas of the country.

There is serious funding inequality when it comes to schools in more deprived pockets within largely prosperous counties. The money these pupils receive per head, as is the case within Ipswich, can be multiple times lower than their counterparts from less prosperous counties and this needs to change.

My calls for further explanation of this was joined by David Simmons MP who cited the fact that a child with pupil premium (the extra grant given by the Government per student from the most-disadvantaged backgrounds) in Shropshire, gets less money than a child without the pupil premium in Birmingham. This is almost certainly the case for a child in Ipswich as compared to Birmingham as well. It is completely unacceptable that a child from a low-income background in Ipswich should receive any less funding than a child from a low-income background in any other part of the country. And they certainly should not be receiving less funding per head than more well-off pupils in other parts of the country.

Another issue is the funding of SEND in Suffolk. Funding for special school places in Suffolk are also unacceptably lower than neighbouring areas. In Norfolk, a specialist placement for a child with autism is funded at £27,000 per year, but in Suffolk that number is £19,500. I believe that this disparity must be addressed. I wrote the Education Secretary, Gavin Williamson about this funding disparity in January and I will be writing to him to push all of the points raised on this issue at the Education Committee.

It is very clear to me that when it comes to funding our schools, there needs to a formula in place that is sensitive to the specific needs of each child.

Today I spoke in the debate on the Fire Safety Bill in support of the McPartland Smith Amendment to which I was an early signatory. This amendment was designed to protect leaseholders from unfair costs of rectifying the issue of unsafe insulation within their buildings. Unfortunately this amendment was not accepted and we didn’t have the opportunity to vote upon it. However the Minister did seem to be open to compromise though which was welcome.

I have previously welcomed the support that Robert Jenrick, the Secretary of State for Housing, Communities and Local Government announced. The £3.5 billion fund to remove unsafe cladding from buildings over 18m will benefit many of my constituents. This is on top of the already existing £1.6 billion Fire Safety Fund. My first surgery appointment after my election involved me meeting with St Francis Tower leaseholders and I’m glad that since that meeting there has been progress and they no longer have uncertainty hanging over them.

But I made it clear again today that, while this is a good start, this support doesn’t touch a number of my constituents affected by unsafe insulation. Many of those in Ipswich who have come to me since my election still have this uncertainty hanging over their lives which is unacceptable.

The Minister stated that the Building Safety Bill that will be brought forward shortly will be an opportunity for Government legislation to pick up on the issues raised by the amendment that I signed. I plan to work closely with Government to try and make sure this is the case.

I made a promise to my constituents that I would leave no leaseholder behind, yet sadly there are still a significant number of leaseholders who do feel left behind and this needs to be addressed. I’ve worked closely with Minister’s over the past couple of days to try and secure the assurances I need on behalf of my constituents but we’re not currently where we need to be which is why I was prepared to vote for the amendment today.