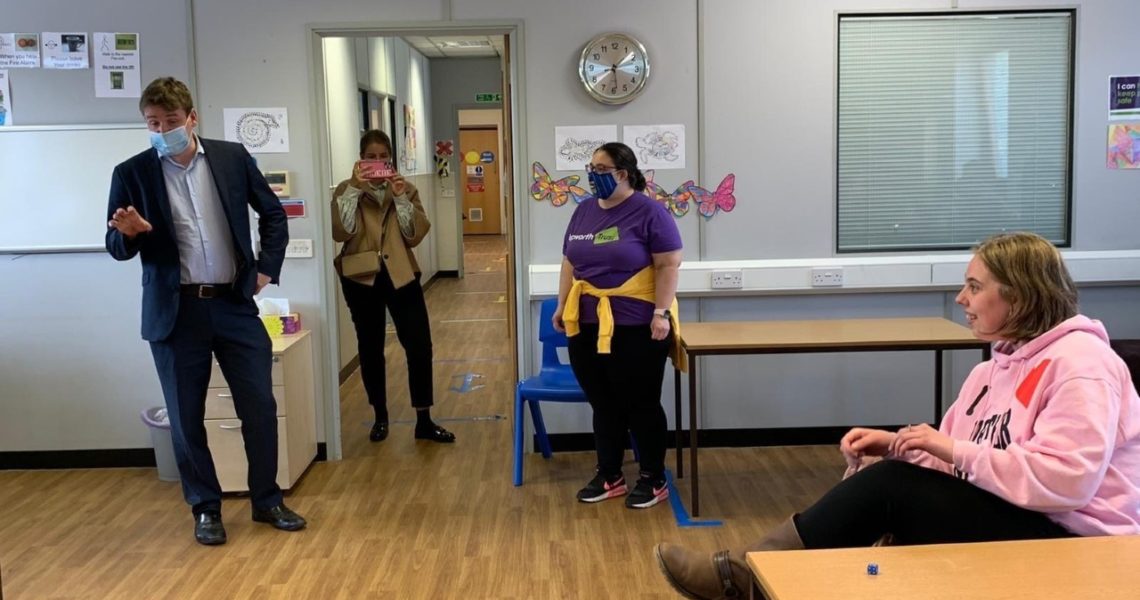 Yesterday I spoke in the debate following the Queen’s speech on some of the plans that the Government have introduced for this session of Parliament.

I welcomed some of the Governments robust plans for tackling illegal immigration. There is nothing compassionate about sending out a message that it is worth the risk to make these journeys, fuelling the evil human trafficking trade and limiting the capacity of this country to help the most genuine refugees. These are refugees fleeing actual areas of conflict, not other safe European countries such as France.

I also welcomed the Police, Crime, Sentencing and Courts Bill which will introduce tougher sentences on some of the most serious offenders as well as introducing measures so that police can more effectively deal with protests that become violent and excessively disruptive. But I said that there is a lot further to go. Many of my constituents feel that the system is broken and looking at the sentencing of the man who killed Richard Day in Ipswich, it is hard to blame them. He received only four years for the manslaughter and will get out automatically after two. This is a man who punched Richard Day in the neck and was seen laughing over him as he died. I will be taking this case up further in Parliament and will push for much tougher sentencing for heinous crimes like this one.

As for skills, we are in a great position to benefit from the new freeport in Felixstowe. But in order to make the most advantage, we have to have an ecosystem approach to skills and education. We need to create a framework of dialogue for business, Further Education Colleges and our universities and we need to start careers advice early so that there is a sense that there are multiple pathways both academic and technical and that no one route is superior to any other.

I welcomed the lifetime skills guarantee and also the town deal which will also be a huge benefit to Ipswich. I mentioned the example of Spirit Yachts, which designs some of the world’s most in-demand elegant yachts. In the past they have had to rely on people coming from outside the area to work on their yachts, but now the Town Deal will be funding a maritime skills academy in order to train up a local high-skilled workforce to take up jobs in this sector. It is great that local people will have the opportunities to get these jobs and sell products from Ipswich – the greatest town in the country – around the world!

Today the Common Sense Group of MPs have launched our new book, Common Sense: conservative thinking for a post-liberal age, which covers a range of topics.

I have contributed a chapter, co-authored with Chris Loder MP, on ‘Taking the Politics out of Policing’ which is an area I have spoken about since I was elected.

I have been a member of the Common Sense Group since its founding shortly after the 2019 general election and think it is incredibly important as a way of voicing some of the concerns of ordinary people that I speak to in Ipswich. It allows us as MPs to put pressure on the Government on some key issues such as tougher policing. The expectation of our voters is for a government that reflects the will of the people, rather than pandering to the peculiar preoccupations of the liberal elite and the distorted priorities of left-wing activists. This is why we have written this book.

In my chapter I have written about the creeping role of the force in policing public discourse, particularly with regards to the recording of non-crime hate incidents. These are incidents which are registered without being crimes and despite being non-evidenced and yet they are formally recorded and can even show up during DBS checks when applying for work. This is unacceptable. It has a chilling effect on free speech and allows the police to be used as a weapon by ideologically driven activists who unfortunately think they should be able to control what people say.

It is very clear to me from knocking on doors in Ipswich that the vast majority of people want to see more police out in our town doing what they do best – protecting us from dangerous crime and anti-social behaviour on our streets. This is the people’s priority, but also that of regular police officers. They want don’t want to have to waste their time investigating offensive jokes made on Facebook which don’t constitute a crime, but sadly this is exactly what the College of Policing Guidance tells them that they must do.

I have welcomed the 20,000 new police officers being introduced by the Government and have spoken at length about wanting to push for a fairer funding deal for police in Ipswich. But I think that is just one half of the approach we need to be taking. I believe that we should be creating a framework for policing which ditches the ambiguous guidance about non-crime hate incidents, cuts bureaucracy and paperwork and allows them to do their jobs. This would be a framework which incentivises them to deal with actual crimes.

I have also written about amending the Public Order Act 1986 to enable police to more effectively deal with the most disruptive protests that have taken place over the past year. There is a place in our society for protest, but the police need to be able to act effectively when things become violent and intimidating. As previously stated, I am also a firm believer of the need to get more police on the streets which is another proposal I have recommended in my chapter.

There are a range of other issues tackled in my chapter and across the book as a whole, and I am looking forward to continued discussion in parliament on all of these.

NEW 40 MPH LIMIT IN USE FOR FIRST TIME

May 3, 2021 0 Comments by Chris in Infrastructure Local Economy Town Centre

It really is looking like bridge closures due to strong winds are a thing of the past.

The first time the new 40pmh speed limit on the bridge will be in use. Likely to be the case tomorrow as well. Very pleased that the major disruption associated with bridge closures will be avoided.

This new much more sensible approach which has been made possible by the new electronic signs was a v long time coming but I for one am glad its here.