Awarding of A Level

September 9, 2020 0 Comments by Chris in Education
Last night I spoke about issues surrounding the awarding of A level results over the summer. As I’ve stated before, the whole episode was regrettable and my office has supported a number of young people who lost out through the algorithm.
However whilst I was at it, I did spend some time pointing out some of the glaring inconsistencies in the points the Labour Party was making. The Labour Shadow Education Secretary was in July calling for the standardisation of grades that would have required an algorithm and the Labour Welsh Government approached the issue in exactly the same way where 42% of all A level grades were originally downgraded (yet the Shadow Education Secretary has nothing to say on this).
Time and time again they attack but they have no clear plan for how they would do things differently. Political point scoring for the sake of political point scoring does not amount to constructive opposition.
I am not afraid of outlining the concerns I’ve had with the way this was handled by the Government but as you’ll see in this clip, I am prepared to give as good as I get when necessary with those on the opposition benches.
Read More

September 8, 2020 0 Comments by Chris in Infrastructure Town Centre
I’ve now written the Transport Secretary about the orange wands on Ipswich’s roads and the hand Government guidance has had in them being put up. This follows my letter to the County Council setting out how the wands have proved overwhelmingly unpopular with my constituents including among many that cycle.
The guidance as it stands is overly prescriptive and doesn’t give councils the flexibility to consider other ways cycling can be improved. I also have concerns Suffolk County Council could be penalised if they take down the orange wands in Ipswich.
I’m a strong supporter of improving cycling, but we must avoid a top-down approach and ensure people in Ipswich have a full say on how extra money can be best spent. As I’ve called on the Government to do in the letter, we must design measures to promote cycling which take the majority of people with us and don’t provoke further division.
Read More 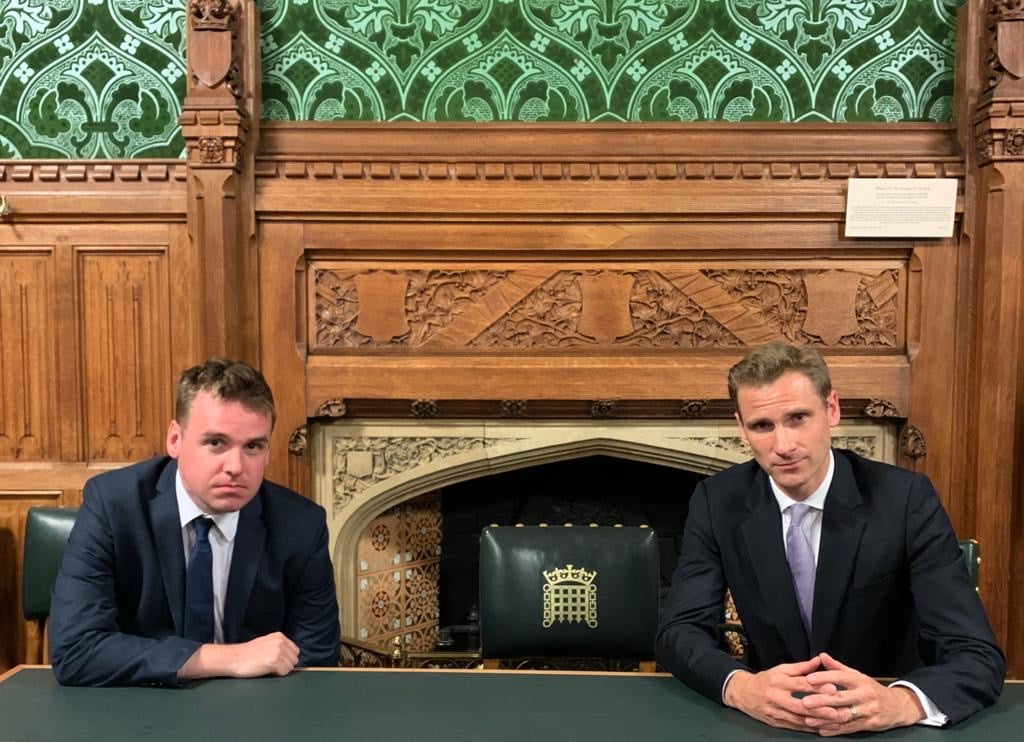 Action not words. That was my message last night when I met with the Immigration Minister Chris Philp along with a number of other Conservative MPs. I was invited as one of the MPs who has repeatably raised concerns about illegal channel crossings we’ve been seeing over the past few months. I one hundred percent share the same concerns as the majority of my constituents. This was a significant meeting and I feel confident that there is a solid plan to deal with the issue, for the first time since this really shot up the news agenda there is a real prospect of the issue being nipped in the bud in the not too distant future.

New legislation is likely soon to reform our failing asylum system (likely to be furiously opposed by Labour) as is robust action to stop the channel crossings in their tracks. I am limited in terms of the specific information I can reveal at this time but more will be announced by the Government soon. People are right to be extremely frustrated by the situation but I am confident that action is on the way. I feel significant compassion towards genuine refugees and its right that we have a process in place to legally accept those fleeing violence and persecution in their own countries. But under no circumstances should we accept these illegal crossings where the individuals in question are coming from other safe European countries, not war torn countries.

September 7, 2020 0 Comments by Chris in Crime
Asked the Policing Minister today to back Suffolk Constabulary with more resources and make sure those who carry knives fear the consequences of their actions.
This was important to raise in the House today after a 13-year-old boy was threatened with a knife on Colchester Road yesterday and a 15-year-old was tragically shot in Kesgrave this morning on his way to school.
Some of the 54 extra police officers for Suffolk are already on our streets and this is an important step to prevent crimes like this and bring those responsible to justice. But we can’t stop there. The national police funding formula as it stands systematically disadvantages Suffolk and is in need of root and branch reform to reflect the serious types of crime Ipswich faces.
I’ll be pushing for this again over the coming weeks. This mustn’t be an issue repeatedly kicked into the long grass.
Read More

September 7, 2020 0 Comments by Chris in Infrastructure
I’ve recently been carrying out a survey in Ravenswood covering a number of local issues. Aside from the Orwell Bridge closures, the biggest transport issue affecting the community is the single point of access to the road network and the congestion this bottleneck creates. This is something I’ve experienced first-hand getting in and out of Ravenswood.
The response I got to the survey was impressive. 94% of respondents reported experiencing delays at the choke point with 75% describing the delays as frequent and 19% saying they often meet with delays. Just 6% said they experience no delays at all.
I’ve now written to the Leader of Suffolk County Council asking for a meeting to start getting this issue addressed. And the possibility of a second access point for Ravenswood needs to be on the table in these discussions.
Read More