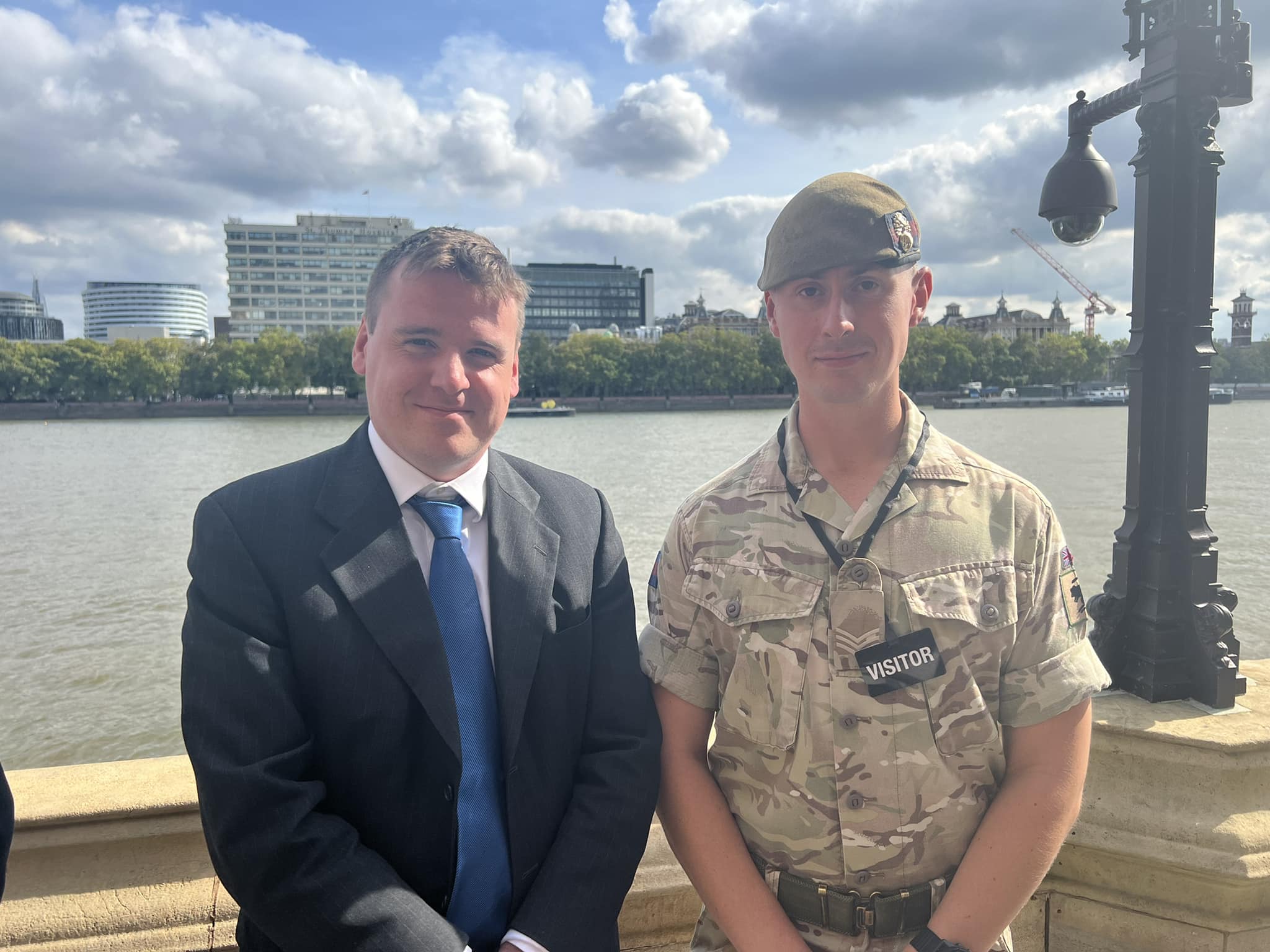 Today, Tom Hunt MP had the pleasure of meeting one of the pallbearers for Her late Majesty’s coffin.

Tom Hunt MP: “Today at lunch I was honoured to sit across from Lance Sgt Alex Turner from 1st Battalion Grenadier Guards-The King’s Guard (formerly Queen’s Guard). Many may recognise him from Monday – he was one of the pallbearers who did such a fantastic job escorting Her Late Majesty on her final journey.”

Tom Hunt MP: “I have just started something called the Armed Forces Parliamentary Scheme. It will mean spending time learning more about the Army and also engaging with Armed services personnel.”

Tom Hunt MP: “We had a fascinating discussion about his 9 years in the armed services and his experiences of the past couple of weeks. I thanked him on behalf of my constituents for his service to the country and to Her late Majesty. Seeing the pallbearers carry Her late Majesty to her final rest was a real moment of pride for us all.”

Her Majesty The Queen 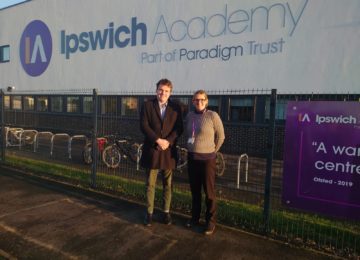 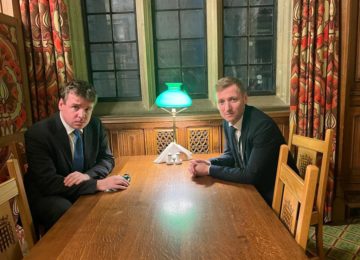