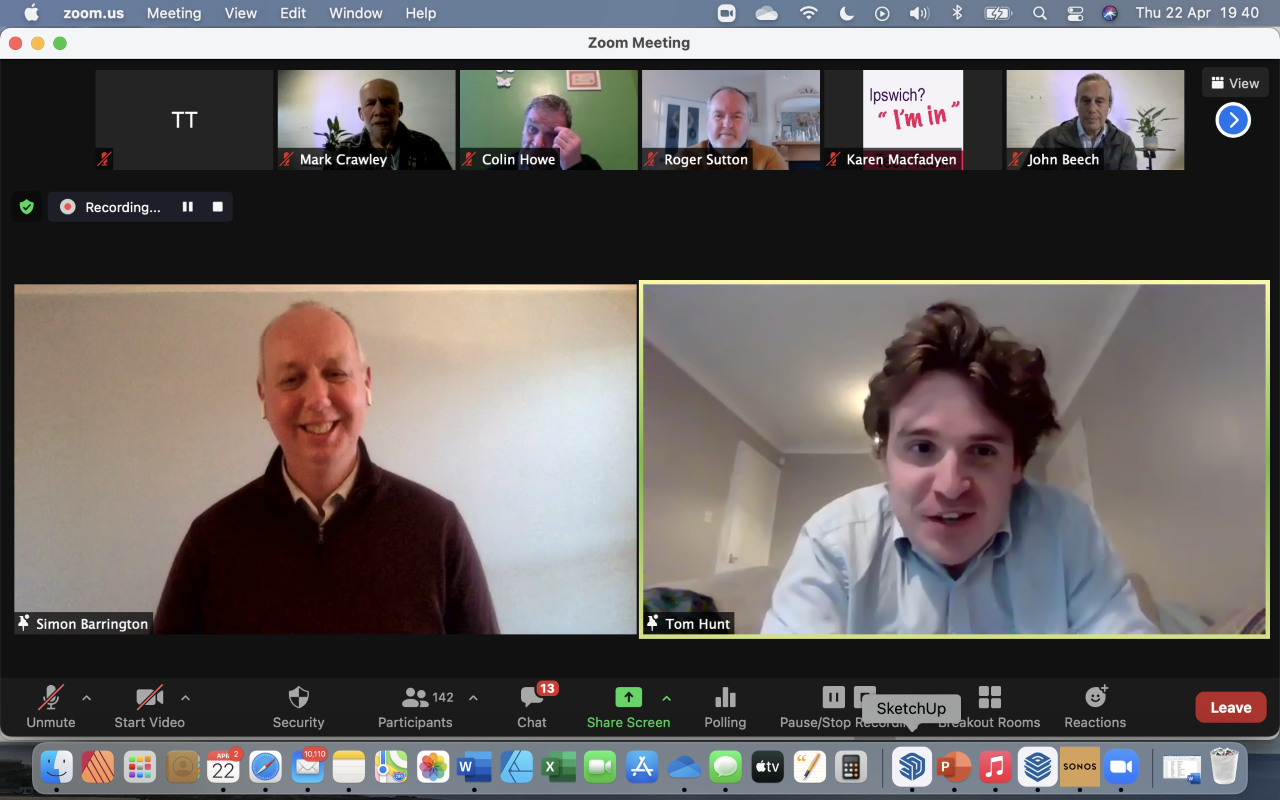 I was glad to be invited to attend a meeting of the IP3 Good Neighbourhood Scheme (“IP3”) yesterday evening to say a few words and hear about the work that they have been doing to benefit the local community.

The group covers a big chunk of the Southeast of Town in Holywells, Gainsborough, Priory Heath, and some of Bixley and during what has been a really tough year they have stepped up to support the area. They have been handing out food parcels, collecting prescriptions, and talking to vulnerable people on the telephone. They have also done a lot of litter picking!

Last year when the pandemic first hit, I set up a “Talks with Tom” phone line to offer company to vulnerable elderly people who were shielding over the pandemic. I wrote to over 7,000 people over the age of 70 offering my support and I had lots of chats with my elderly constituents.

IP3 are also hoping to run some coffee mornings when restrictions are eased so that people can meet face to face again and socialise to take care of their mental health.

Last May I also shaved my head to raise money for AgeUK Suffolk as they had been struggling to stay afloat with a presence in our town. I managed to raise around £3,000 but unfortunately, they folded just after the money was raised which was a big shame. At the time I was very concerned that there would be a deficit for the services that they provided in Ipswich but local community organisations really stepped up to fill in where there was need and IP3 is a fantastic example of this.

I am really grateful to the huge group of volunteers they have assembled to help the most vulnerable and I think it is great that they are now seeking charitable status which will make fundraising much easier for them. I am very keen to support IP3 in getting this charitable status and in any way I can to help them to keep improving the local community.