UNCONCIOUS BIAS TRAINING FOR MPS: Was on Talk Radio today to set out why I won’t be taking unconscious bias training for MPs. I’m immensely proud to represent Ipswich and the diverse communities which make up our town. And I’m against prejudice in all its forms.

This “training” is deeply patronising to me and all other MPs who take this incredibly seriously. Sitting through a 2-hour session with a giant blue puppet talking about prejudice will have no effect whatsoever. My time is my constituent’s time and I think most of them would prefer it’s spent on making sure their priorities are addressed in Parliament as we deal with a number of hugely significant challenges. Many will also rightly have questions about why the parliamentary authorities are pandering to the woke agenda and using large amounts of tax payer money to do it. Driving this agenda has become an industry and we shouldn’t be fuelling it with public money. 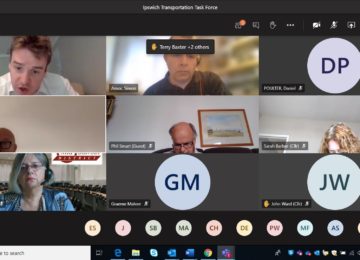