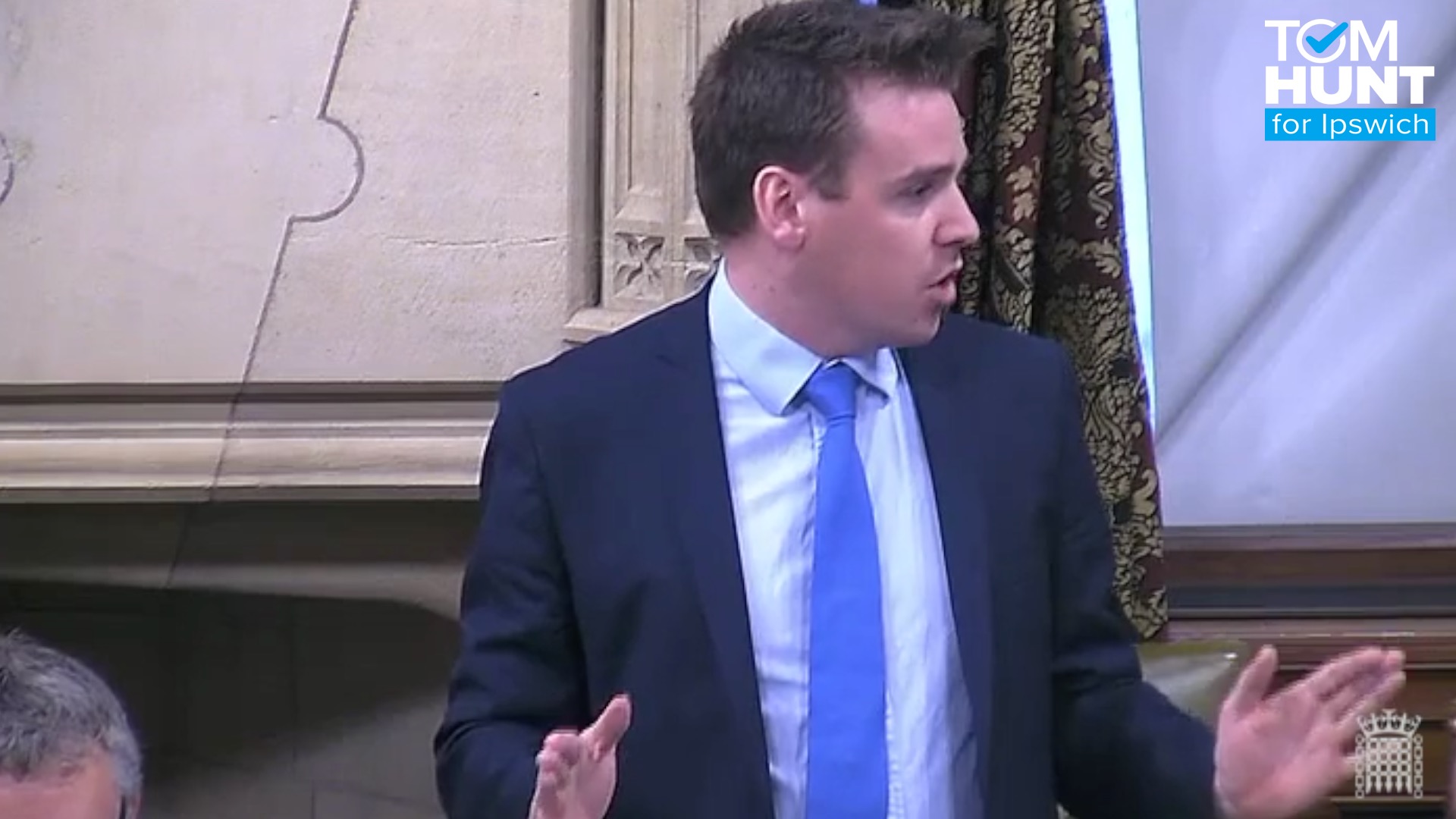 A lot of people have written into me about pubs and their concerns that the current tax regime doesn’t allow our local pubs to thrive. I’ve had some of my best moments in Ipswich at our pubs and I share their concerns that high beer duty and business rates are causing pubs to struggle and in some cases even shut down.

I recently represented this view in Parliament including the comment of one landlord I spoke to who said he felt more like a tax collector than a small business owner.

I’ve called on the Government to get behind landlords and pubs in the next budget as the current system does not work.

Pubs employ around 1,500 people in Ipswich and are great venues for the community to come together over a drink – jobs, landlords and community must be at the heart of reform.