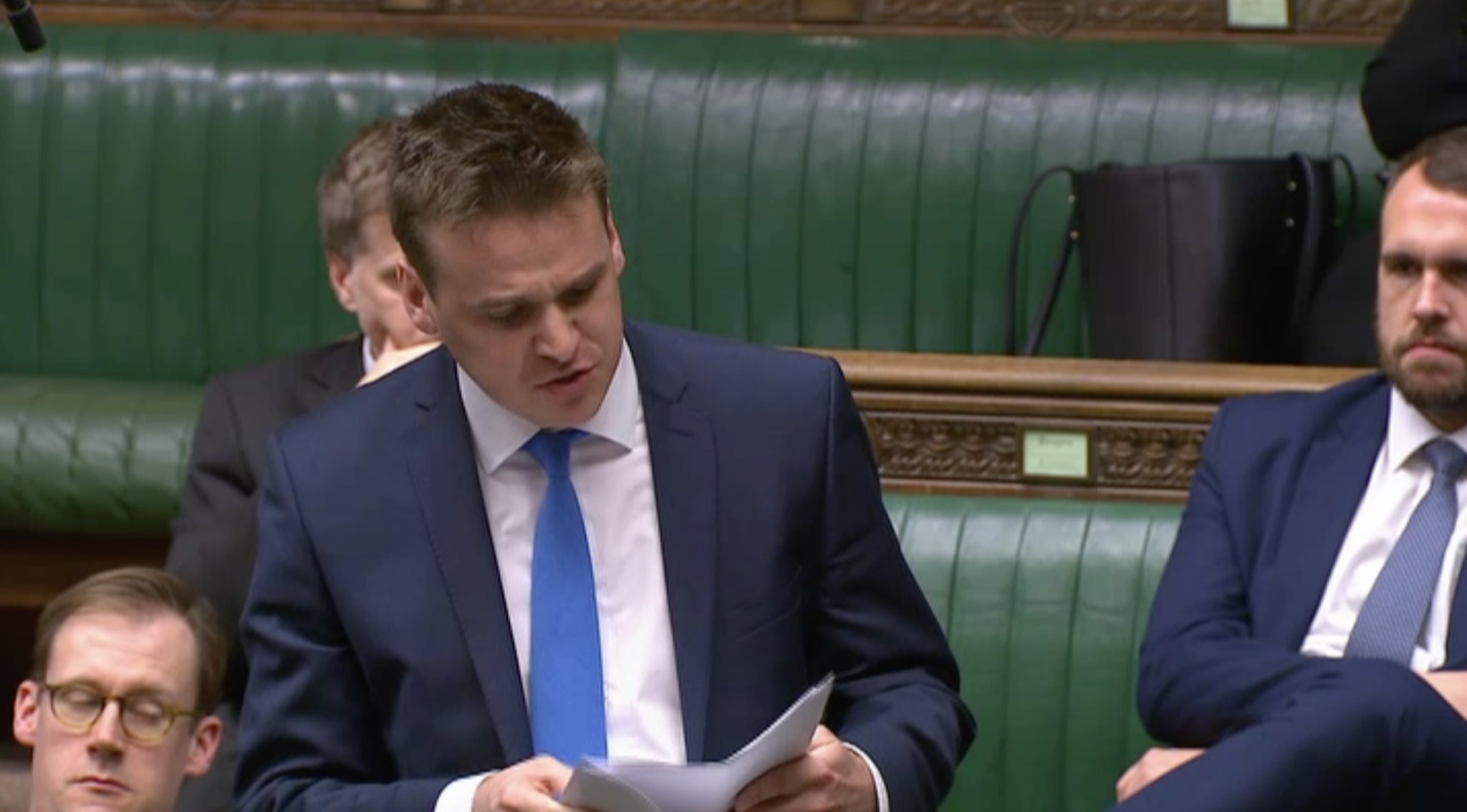 It’s been a busy third week on the job in Westminster but a very productive one. On Tuesday, I rose for the first time in the House of Commons to give my maiden speech. There were some nerves waiting to be called but I was anxious to do justice to our town and its people.

It’s customary in maiden speeches not to rehash your election stump speech, but to convey to the House a sense of the character of the place you’re there to represent. One of the most enjoyable parts of this was talking about the pedigree of Ipswich Town Football Club and how for millions of football fans around the world, the club makes Ipswich a familiar name. As a Newcastle United fan, this was of course an irresistible opportunity to crack some jokes at my own expense but also one to pay tribute to Sir Bobby Robson who led Ipswich Town to glory in the 1978 FA Cup and the 1981 UEFA Cup.

Coincidently, the day after I recalled Sir Bobby’s successes in the Commons, the FA Cup was showcased in the building and I got the chance to see it for myself. Pop-up events like these certainly represent one of the more quirky sides of serving in Parliament. I used the opportunity to try to inspect the base of the Cup for the 78 engraving but unfortunately to no avail. Apparently the base cannot be displayed at the same time as the trophy itself because having the total value of the two parts’ silverware all in one place would make it too much of a security concern.

While a week in Parliament does bring light-hearted moments, every week is an unmissable chance to make progress on the issues that matter to the people who sent you there in the first place.

This is particularly true when it comes to the repeated closures of the Orwell Bridge which have once again delayed thousands of motorists this week. I’m sure the irony of Highways England’s report on solutions to closures being delayed is lost on no one by now.

The publication of the report, which is finally expected later this month, is one thing. But the actual substance of the document is another and just as important. In return for our patience on this issue, we expect the report to set out clear, safe and workable solutions. Pages of corporate waffle and equivocating jargon will not suffice and these are the standards I’ll set in my meeting with Highways England when we go through the report together.

This week hasn’t just been one for tackling the recurring issues. I, like many in the community, was shocked and appalled by the appearance of a social media post from one the men responsible for the death of Tavis Spencer-Aitkens. Despite being locked up for manslaughter, Callum Plaats was able to brag about how five more years in prison would be ‘lightwork’. Five years’ time is when Plaats will have only served half of his fourteen-year sentence. Given his misconduct, and the impact this will surely have had on Tavis’s loved ones, action should be taken which makes Plaats far less certain of getting out with only half time served. I’m calling for the further investigation of the case and that will be the focus of my upcoming meeting with the Prisons Minister. I’ll also use my voice in Parliament to help ensure that no more victims and their families have to experience the pain of seeing the perpetrator taunting them through social media.

Finally, this week has also been a chance to consider the reaction to my last column in which I stressed that we must be ready to talk frankly about all aspects of crime if we are going to tackle it effectively. I appreciate the feedback I’ve received from constituents which has been overwhelmingly supportive of my call for a more robust conversation. In many ways though, the knee-jerk reaction of the critics, including Labour activists, has been just as telling. Their accusations that the concerns of thousands of Ipswich residents are the product of racism highlight exactly why getting to the bottom of this issue is so difficult.

I stand by what I wrote and the promise I have made not to back down when it comes to putting my constituents first. I had a meeting yesterday with Suffolk’s Police and Crime Commissioner where I spoke to him in detail about my concerns and those expressed by my constituents, and why the status quo cannot hold.