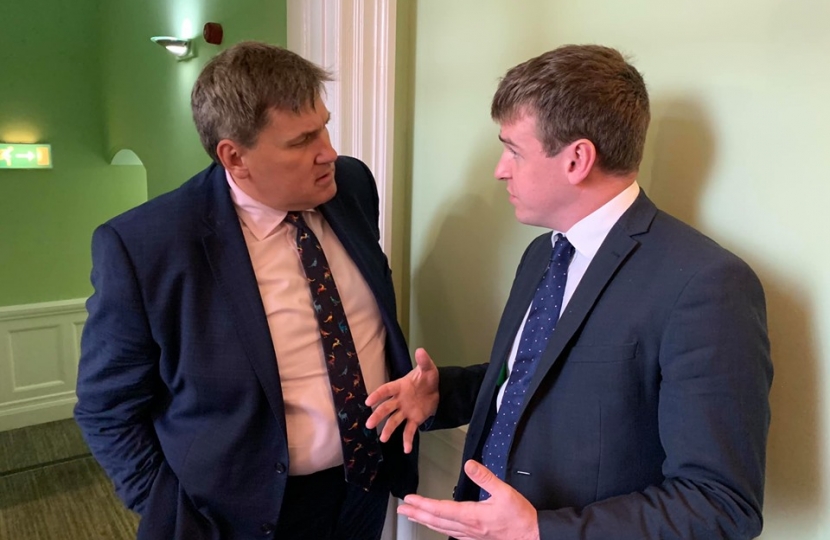 Tom says “I’ve been at Conservative Party conference over the last few days in Manchester. A lot on my agenda but very pleased to have had a long chat with the Policing Minister Kit Malthouse (pictured) about County lines and the need for Ipswich to benefit as much as possible from the 20,000 extra police officers that Boris has committed to. He was in charge of tackling crime when Boris was Mayor of London and has a very good record.

Suffolk Police and Crime Commissioner Tim Passmore, has also been pressing the same message. Very reassured to hear that when Kit Malthouse first met with Boris as the new Policing Minister, it was made very clear to him that tackling County lines should be right at the top of the Government’s agenda.”