/ / Campaign for northern bypass must continue 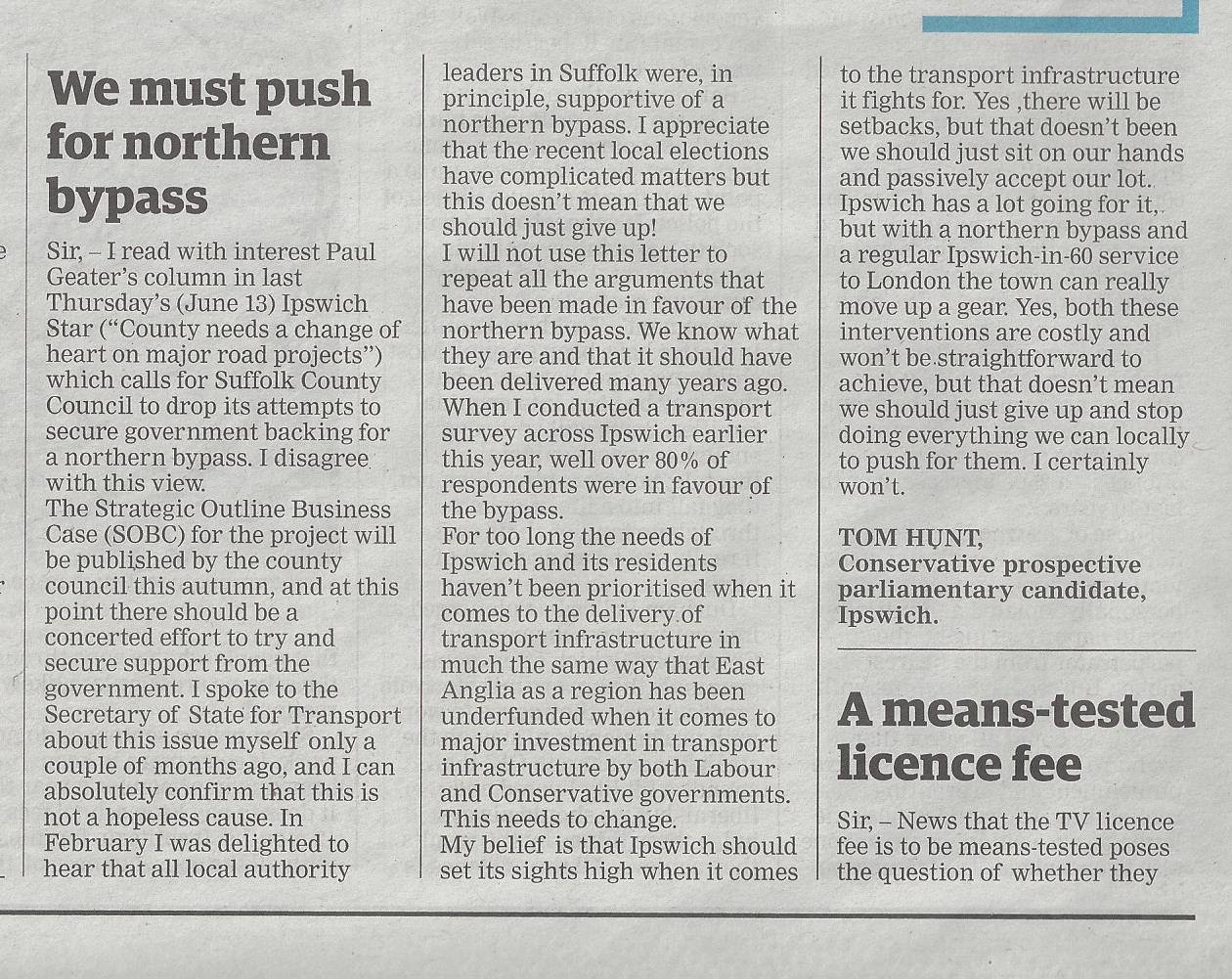 The Strategic Outline Business Case (SOBC) for the project will be published by the County Council this autumn and at this point there should be a concerted effort to try and secure support from the Government. I spoke to the Secretary of State for Transport about this issue myself only a couple of months ago and I can absolutely confirm that this is not a hopeless cause. In February I was delighted to hear that all local authority leaders in Suffolk were in principle supportive of a northern bypass. I appreciate that the recent local elections have complicated matters but this doesn’t mean that we should just give up!

I will not use this letter to repeat all the arguments that have been made in favour of the northern bypass. We know what they’re and that it should have been delivered many years ago. When I conducted a transport survey across Ipswich earlier this year well over 80% of respondents were in favour of the bypass.

My belief is that Ipswich should set its sights high when it comes to the transport infrastructure it fights for. Yes there will be set backs but that doesn’t been we should just sit on hour hands and passively accept our lot.

Ipswich has a lot going for it but with a northern bypass and a regular Ipswich in 60 service to London the Town can really move up a gear. Yes both these interventions are costly and won’t be straight forward to achieve but that doesn’t mean we should just give up and stop doing everything we can locally to push for them. I certainly won’t.