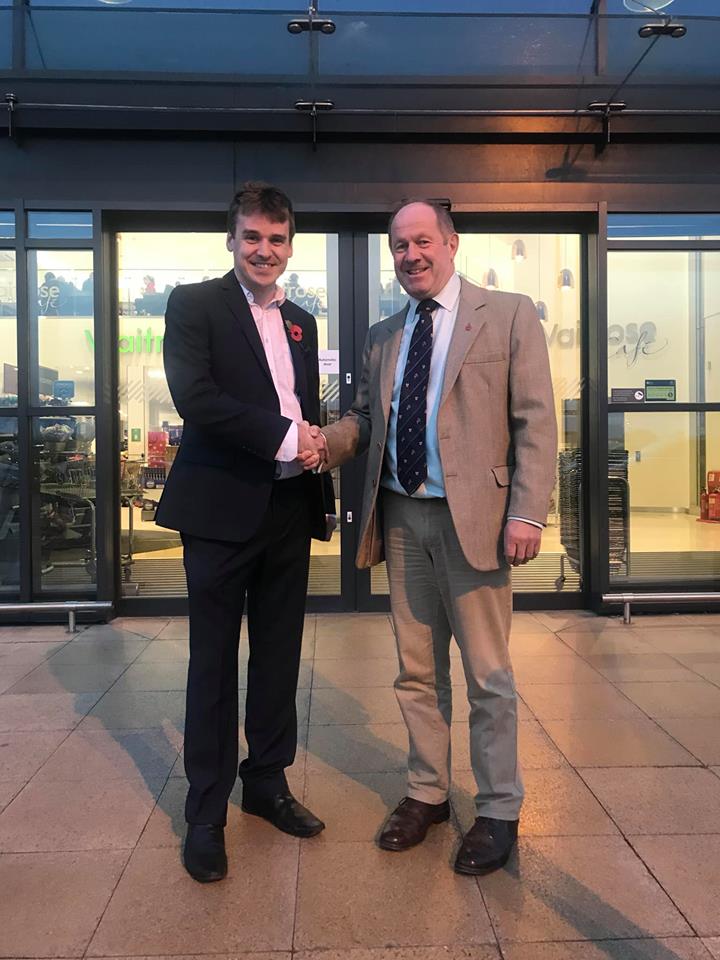 “I’ve had a busy few weeks meeting people across the Town. Two weeks ago I published my website outlining my five top priorities for Ipswich: 1. Fighting for improvements to transport infrastructure 2. Increasing opportunities for young people 3. Tackling crime and anti-social behaviour 4. The town center 5. Health services and Ipswich Hospital.
“I’ve been keen to get out and about and meet key local decision makers linked to each of these five priorities. Over the past month I’ve met with the leader of Suffolk County Council, Cllr Matthew Hicks, to discuss transport issues, the Chief Executive of Ipswich Hospital, Nick Hulme to discuss health issues and the Suffolk Police and Crime Commissioner Tim Passmore to discussed tackling crime and anti-social behaviour. I’ve also attended a number of community groups across the constituency and have been out and about canvassing.
“I made clear to Cllr Hicks my strong support for a northern relief road for Ipswich. And will work closely with him over the new few months to really raise this key infrastructure priority on the Government’s radar. I expect that in the new year the County Council will be publishing a Strategic Outline Business Case for the project which should give us some more information. I’m keen to meet the Roads Minister, Jesse Norman MP, over the coming months to impress upon him the importance to Ipswich of the northern relief road going ahead as well as the Chairman of the newly formed Sub-regional transport body, Transport East.
“With Nick Hulme I discussed the merger that took place in July between Ipswich and Colchester Hospitals. Clearly I’m keen to ensure that the merger works for Ipswich Hospital and ultimately leads to as many services as possible being kept local. By the two hospitals working together it could well mean more services being kept local because together it hits a critical mass in terms of the number of patients using both hospitals. However, its early days and I will be keeping a close eye on developments. 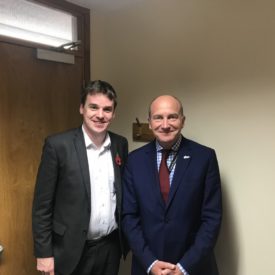 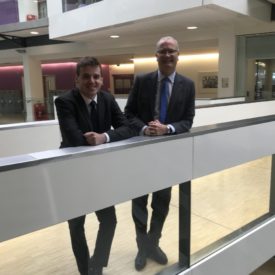 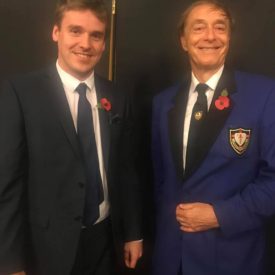 “During my meeting with the Suffolk Police and Crime Commissioner I pledged to support his calls for a fairer funding settlement for Suffolk Police. Like many other areas of Government spending, Suffolk gets a bit of a raw deal, this needs to change! Many residents have raised with me concerns about anti-social behaviour. I let him know that I think there needs to be increased presence across the Town and particularly in the Town center. He agrees with me and said he will do what he can to address this. He has advised me to meet with the local neighbourhood police teams to really see what’s happening on the ground, I plan to do so!
“On 24 October I attended the Ipswich and Suffolk BME Awards organised by the Bangladeshi Support Center. They did a great job with the event and I enjoyed meeting a number of small businesses from across Ipswich. I followed this up by attending the Ipswich Hindu Samaj Diwali Milan dinner at Shelley’s Restaurant, New Suffolk College. A fantastic restaurant run entirely by the student body.
“On Sunday I joined thousands of other Ipswich residents on Christchurch Park to pay my respects to those who have given their lives to our country. It was a very moving service and we were very fortunate with the weather! In the evening I was at St Peter’s by the Waterfront to watch the Ipswich Hospital Band Remembrance Concert.
“In other news I’ve sorted myself out with a new flat by the waterfront and will have moved in by the end of the month. I will be out and about a lot more over the next month and will provide a December update.”

Suffolk and Essex hospitals’ debts written off as they tackle coronavirus