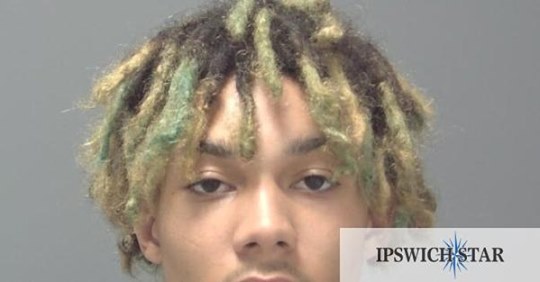 Yesterday (05/06/20), Tom Hunt, MP for Ipswich, made a speech during the third reading of the Sentencing Bill in which he called for criminal sentencing to be tougher, clearer, and more honest to build public confidence in the justice system.

Hunt welcomed this particular Sentencing Bill which will pave the way for complex sentencing law to be simplified. Currently the complexity of the law often leads to the justice process being drawn out and more successful appeals due to errors made by judges in sentencing. Hunt was clear that the greatest beneficiaries of this will be victims who are the ones who suffer the most from protracted court cases and confusion about what the law really says.

While Hunt welcomed this Bill as a step in the right direction, he was also clear that there is more work needed to be done to build up the public’s confidence in our sentencing regime.

Hunt said sentencing must be clearer across the board. He specifically raised the Court of Appeal’s decision to reduce the sentence of Kyreis Davies, one of the men convicted for the murder of Tavis Spencer-Aitkens in 2018, from a minimum of 21 years to just 16 years. In an emotional moment in the chamber, Hunt described how the opaque appeals process and the lenient result the judge had come to had left him and Tavis’s family confused and frustrated, and without a clear explanation of what had happened. Hunt said that while this Bill would make sentences easier to understand, a more comprehensive approach is needed across the whole justice system to make justice clearer to victims and the public.

In his speech, Hunt also emphasised the importance that sentences are honest and ‘do what they say on the tin’. Currently, many petty criminals are still let out automatically half-way through their sentences, undermining transparency in sentencing and the public’s faith in the justice system’s ability to deter crime. Hunt’s focus on more honest sentencing yesterday follows his readiness in the past to fight against any early release of prisoners. Last month, Hunt had indicated his readiness to rebel over Government plans which would have seen some prisoners released even earlier than the half-way point in their sentences. The plans were cancelled at the last minute.

Hunt’s third call in the Chamber for tougher and firmer sentences has been one of his focuses since his election. Just this week, Hunt was also at the heart of the campaign for tougher sentencing for pet theft, as he chaired a Zoom conference with the figures behind the campaign who launched a petition which is now before Parliament with well over 100,000 signatures.

“This Sentencing Bill is quite a technical piece of legislation but ultimately it will make sentences clearer for the public to understand and reduce the number of appeals and drawn out court cases which are so difficult for victims and their families.”

“This is undoubtedly welcome but it was important to make the point yesterday that we still have a long way to go in building up public confidence in our sentencing regime. I raised the appalling decision to reduce Kyreis Davies’s sentence for the murder of Tavis Spencer-Aitkens. For Tavis’s family this process has never been clear or accessible and they weren’t able to participate in it. I’ve written to Government about this but we are still no closer to understanding why this regrettable decision was made. Going forwards a more comprehensive look needs to be taken at transparency in our courts and putting the law back on the side of victims.

“It’s also crucial that sentences are honest and it’s no longer the norm that prisoners are let out before they have served their full sentence. The majority of the public can’t understand why sentences just don’t do what they say on the tin and prisoners walk free before serving their full debt to society. And there is of course I made the point that there is no substitute for tougher sentences. The sad reality is that when sentences are handed down now there is almost an expectation they will be too lenient and not represent an appropriate punishment nor an effective deterrent against further crime.

“Since my time as a candidate, I promised Ipswich residents I would push for more robust action on law and order, and I will continue to fight for tougher, clearer and more honest sentences in Parliament over the coming weeks.”

Letter to the Attorney General about Kyreis Davies sentence

I have now written to the Attorney General about Kyreis Davies’s sentence reduction from 21 years in prison to 16. Despite some important steps from the Government to get tough on sentencing and law and order over recent months, it’s clear that certain judges remain frustratingly lenient and out of step with public opinion.

I’ve asked the Attorney General to take every appropriate action to address this issue within our justice system and build public trust. At the moment some judges’ interpretation of justice just doesn’t line up with the public’s. Our justice system must be on the side of victims and their families who should have confidence that those who do them harm will be behind bars for an appropriate stretch. I’ll continue to push the Government on this issue over the coming weeks.

I was appalled to hear that Kyreis Davies’s sentence has been reduced from 21 years to 16 years. This means that he will be let out in his early thirties, having taken away the life of Tavis who had his whole life ahead of him. When the original 21-year minimum sentence was handed out, there was a general sense that the justice system had been robust and that justice had been done. And this has been sadly undermined by this sentence reduction.

I am not persuaded by any suggestion that Kyreis Davies’s age at the time of the murder justifies this sentence reduction. Being 16, he was certainly old enough to know right from wrong. And in fact, he was given a shorter original sentence than two of his older accomplices who were also found guilty of murder.

Unfortunately, this appeal adds to the sense that justice hasn’t been settled in Tavis’s case. It follows multiple instances of social media use in prison of those convicted of Tavis’s death. These harmful actions only cause additional pain for Tavis’s friends and loved-ones and they should never have been allowed to happen. After Callum Plaats, who was convicted of manslaughter, posted on social media in January, bragging about how he only had five year’s ‘light work’ left to serve half his sentence, I raised it directly with the Prisons Minister and I stressed the importance that he receive further punishment. I was given assurances that punishments were being brought but whatever punishment was dispensed in this case, it clearly failed to deter Aristote Yenge who was caught posting on social media in April. Aristote Yenge was convicted of Tavis’s murder.

Tavis’s death was dark moment for our town and we must be able to move on as a community. This means that justice must be upheld and that those responsible serve their full sentences. This isn’t just a fundamental question of justice, but these sorts of despicable crimes must be deterred in the future. I will continue to raise this case at the highest levels and I’ll be writing to the Attorney General to express my deep concerns about this latest sentence reduction.