I have now written to the Lord Chancellor about the 10 individuals who have flouted and disrespected our justice system by failing to appear in court in connection to the incident on Norwich Road last November. Warrants have now been issued for their arrest and I’ve asked the Lord Chancellor to put the full force of the Government behind bringing these people before our courts.

The individuals in question appear to be foreign nationals and there is a concern that some may have fled the country in an effort to avoid justice. Even if this has happened then they must still be brought back to answer the charges against them. Freedom of movement cannot mean that crimes can go unanswered for. This would send out completely the wrong message about our faith in the rule of law and would undermine our ability to deter further crimes from happening in the future if people get the impression justice can be avoided.

I’ve also called on the Lord Chancellor to ensure that when these 10 individuals are caught and do appear before our courts, they receive robust prison sentences for their behaviour which has shown a complete lack of respect for the rules we all live by.

I have also been in touch with Suffolk Constabulary today to stress that I will stand by them in doing what needs to be done to find these people and bring them to justice. I’ll keep providing updates on this issue moving forward.

Controlling immigration is a sovereign right

In my column this week I’ve written about immigration and the inability of many, usually on the left, to have a sensible debate about it without resorting to insult and personal attacks. In my view the sensible view shared by many within the Town is that immigration has brought many benefits and the we should continue to welcome people from around the world who want to move here and make a positive contribution.

However, I do believe that uncontrolled immigration linked to EU freedom of movement rules has brought many challenges and that is why this week I voted to end it. I don’t care whether you come from: Spain, Australia, India, Mexico, Cameroon or Japan. If you want to move to our country integrate and make a positive contribution then you should be welcomed. However, as a country, I do believe we should have the ability to say “no” if we believe this is unlikely to be the case. As your MP I will continue to speak freely and I won’t be intimidated by local Labour Party members or even sections of the local media who are out of touch on the issue. If they think by twisting and distorting what I say and looking to shout me down I will go silent on these issues they have another thing coming. 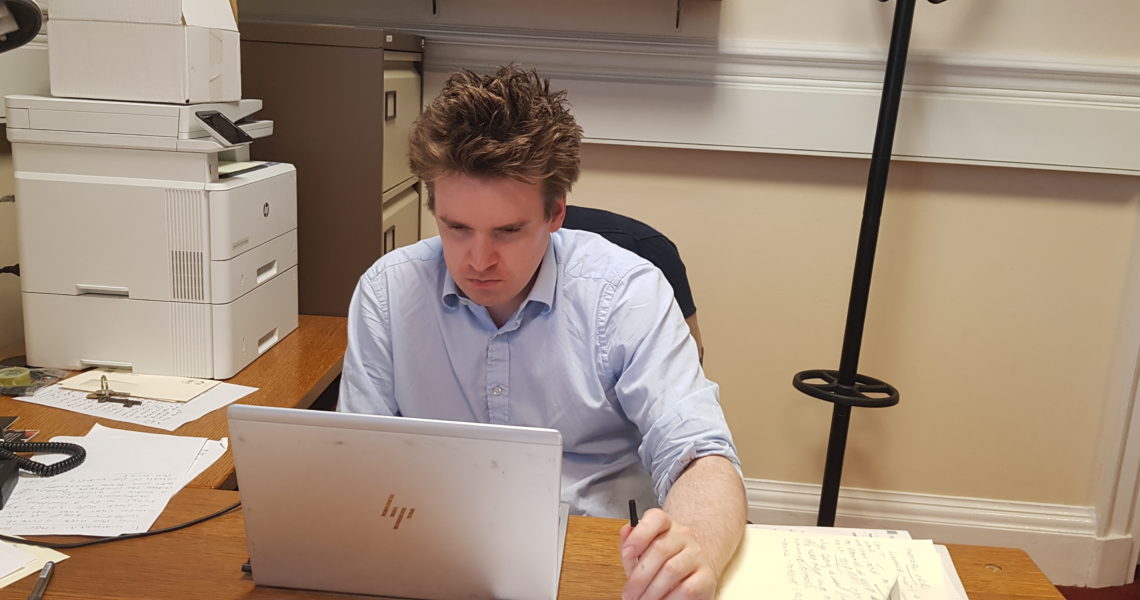 Conversation with Chancellor of the Exchequer, Rishi Sunak

May 21, 2020 0 Comments by Chris in Coronavirus Local Economy

I was glad to be able to join the Chancellor of the Exchequer Rishi Sunak. I raised a number of issues, support for pubs, the self-employed and sole directors of limited companies. However a key local issue I raised was in relation to many of the different businesses in Town who haven’t quite been eligible for a number of different schemes. Many of the floating restaurants and cruising companies who work out of the waterfront have so far been badly impacted and none of the various schemes have supported them.

Today the Chancellor made clear that the local authority discretionary grants fund has the flexibility to cover these businesses, there had been some uncertainty on this point. I’m very glad about this, they are very important to our local economy, heritage and tourist sector. More detail to follow but positive signs

Written a piece today for the Daily Telegraph about the concerns I have about the positions adopted by a number of teaching unions to the phased reopening of schools. I don’t deny that there are still questions to be answered and I do absolutely understand the concerns many parents have however the very antagonistic and inflexible positions adopted by a number of teaching unions do in my view risk the life chances of many vulnerable children and many from the most deprived backgrounds (understandably these unions are attracting growing cross Party criticism). Please have a read. I have outlined many of the facts that have presented to us on the Education Select Committee relating to the impact the school closures have had.

Yesterday I made a speech in the House of Commons on the Immigration Bill which will end freedom of movement and allow us to put in place a points-based immigration system instead. Needless to say the Bill has my full support. Ending uncontrolled mass immigration was one of the main reasons why so many people voted to leave the EU in 2016 and I was glad to speak up in support of this yesterday.

We know in Ipswich the immense contributions of many of the people who have come from overseas to make our town their home. And under the new points-based system we will be able to continue to welcome those who love our country and have so much to offer it. Crucially though immigration must have the public’s consent and we must be able to say no to people who may not wish to come here to integrate fully into our society.

It was disappointing to see that the Labour Party voted against the Bill last night, although this perhaps it shouldn’t come as a surprise given they are now led by Keir Starmer who pushed Labour into backing a second referendum last year and then set out his full support for bringing freedom of movement back after Brexit during the Labour leadership contest. Labour continues to show how out-of-touch it has become with millions of working-class people across the country who have legitimate concerns about mass immigration and voted for Brexit specifically because of them.

I also raised illegal immigration during my speech. While not part of this Bill, many constituents have written in about the unprecedented numbers of illegal migrants who have crossed the English Channel recently and this issue must also be tackled if we are to build up public confidence in our borders. More people who break our laws to come here must be deported to uphold the rule of law and deter others. And I’ve called on the Government to introduce tougher measures over the coming weeks.