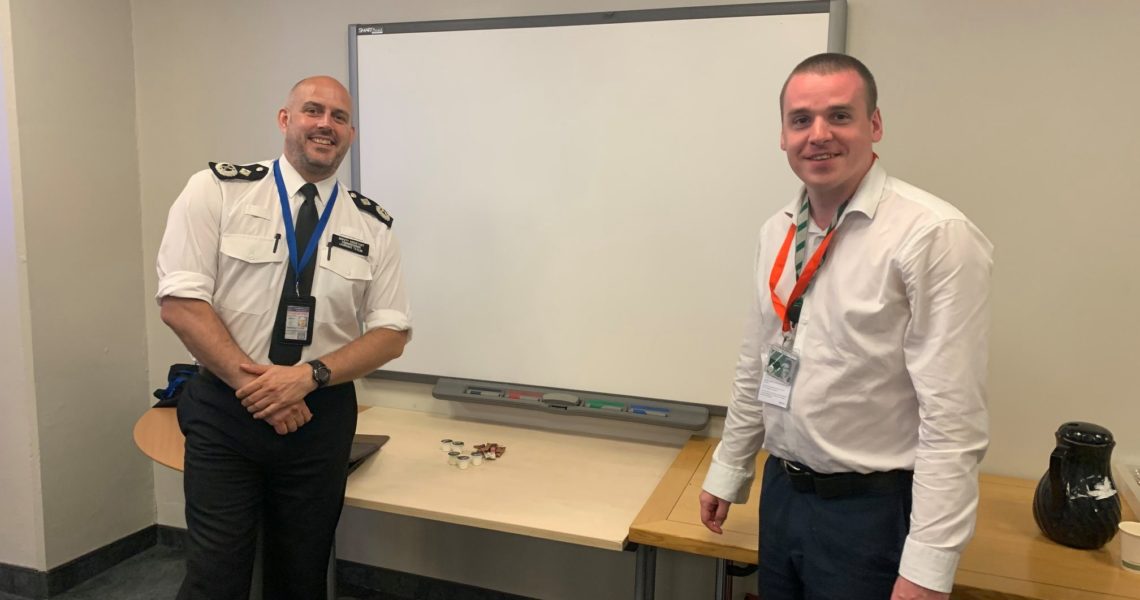 Following my interventions in Parliament last week raising concerns about the violence that has taken place at the recent protests in London I was invited this morning for a special briefing by the Metropolitan Police. The National Lead for Protest Policing was present as well as other of senior Officers. I expressed my disgust at the way a number of war memorials have been defaced and damaged as well as the Churchill monument.

My own view is I think the policing over the past week weeks should have been more robust and that the Policing around protests isn’t quite where it needs to be. It was interesting to learn more about why this is and the Officers I spoke to outlined a number of ways in which the law can be changed to allow them to take a more robust approach. I know this is an important area for many of my constituents, rest assured I will remain on the case. I also took the opportunity to thank the Police for their work over the past few weeks. A large number of Police Officers have been injured and have shown great bravery in looking to protect the public.

Today I asked the Leader of the House about the 10 people who failed to attend Court last month in connection with the horrific mass brawl on Norwich Road in November. The behaviour of these 10 individuals demonstrates an appalling level of contempt for our justice system and all those in Ipswich who were affected by the incident.

I have been in contact with Suffolk Constabulary since these 10 individuals failed to attend, including to offer my support in getting the full force of the Government behind catching these fugitives. While one of the 10 has now been arrested, the other 9 are suspected to have fled to another EU country.

That’s why I urged the Leader of the House to work with colleagues across Government and with Suffolk Constabulary to bring the remaining 9 back to this country to face our courts, including in the issuing of any European Arrest Warrants if necessary. Bringing fugitives like this back must also be something we can continue to do after the EU transition period is over, especially if those who fled did so under Freedom of Movement rules.

I am glad that the Leader of the House shares my outrage and that of many Ipswich residents about what has happened in this case and that he’ll be raising it with the Home Secretary shortly. I’ll continue to work with the police and with Ministers to ensure that those who have flouted our justice system are brought back to justice and receive the appropriate punishment for this serious crime.

Earlier today I used an urgent question on the UK-EU negotiations to ask the Cabinet Office Minister about the unacceptable increase in illegal immigration across the English Channel and how we can take a more robust approach after the transition period has ended. Here’s what I said:

“We have recently seen an unacceptable increase in the number of illegal migrants entering this country through unauthorised crossing of the English Channel. Does my Right Honourable Friend agree with me that being tied to EU rules and regulations during the transition period makes the return of illegal migrants more difficult and that this underlines the importance of ending it on the 31st December? And will he assure me and my constituents today, that the UK will rebuff any EU attempt to make a new deal on illegal migration contingent on us conceding in other areas of negotiations?

I used Justice Questions today to ask the Lord Chancellor if he was confident that the law was on the side of the police and the law-abiding public in light of the disruptive Extinction Rebellion protests last year and the criminal damage and violence we saw over the weekend. Here’s what I said:

“Following the immensely disruptive Extinction Rebellion protests last year and the violence and criminal damage we saw committed over the weekend by a small minority of thugs, is my Right Honourable Friend confident that the law as it stands is on the side of the law-abiding majority and our brave police officers who have really stood up and been counted over the last couple of months?”