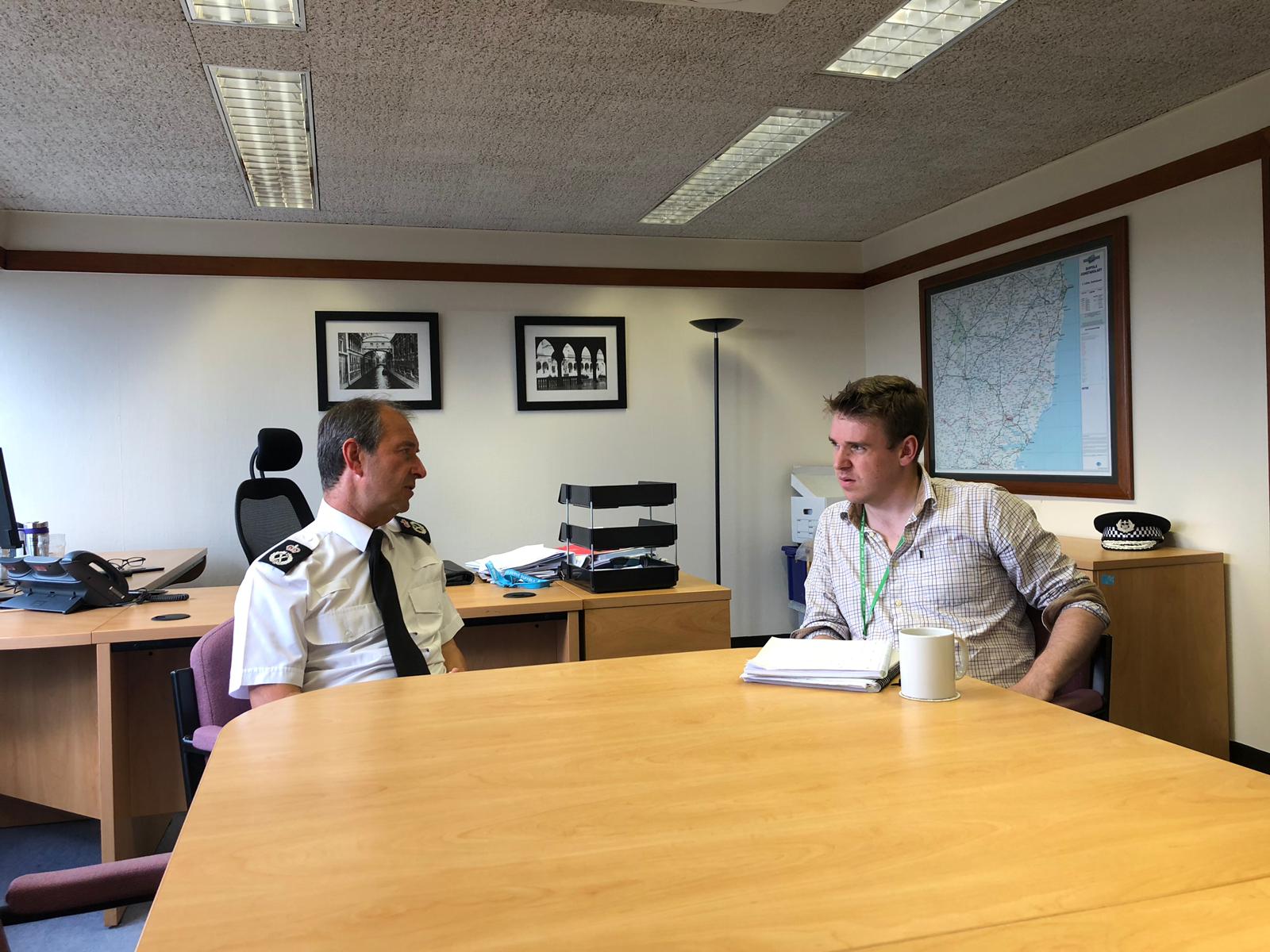 Just days before Boris Johnson’s election as Conservative Party leader and Prime Minister Tom met with Boris just outside Ipswich to discuss knife crime. Tom has been working closely with local community groups in Ipswich to discuss ways to tackle knife crime. Earlier this year Tom called for far tougher sentences for those who are found guilty of serious crimes.

Tom says: “Ipswich hasn’t got a fair deal in the past when it comes to police funding and this needs to be resolved. I am pleased that Boris is delivering his pledge to fund 20,000 new police officers across the country but in addition to this he needs to ensure fair funding across the country and that places like Ipswich don’t miss out. I have long been calling for tougher sentencing when it comes to those who have been found guilty of serious wrong doing. Boris has said that those found guilty of serious offences should be forced to serve their full sentence, no early releases. He has also promised that those caught twice carrying a bladed weapon should face a custodial sentence in all circumstances. I’m in complete agreement.”