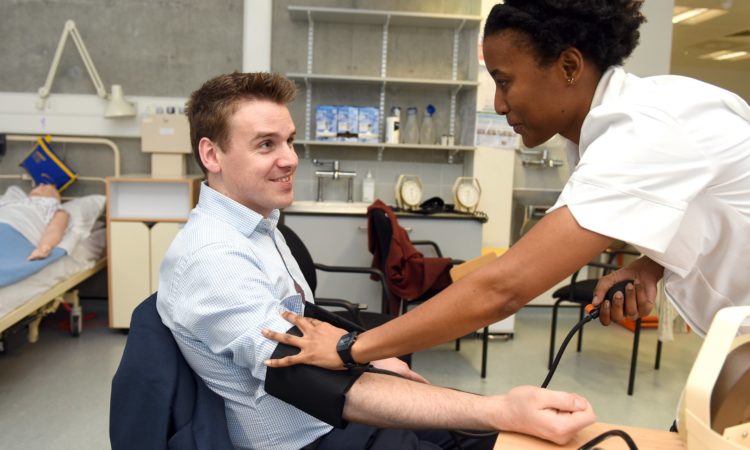 Good visit to the University of Suffolk last week. I was pleased to be able to meet new nursing students who have just started their courses. We are fortunate to have such a good nursing school at the University and I believe that is partly down to the Vice-Chancellor who herself has a nursing background.

There are exciting plans to expand the nursing school over the coming years and part of the reason for this is to support our Hospital. 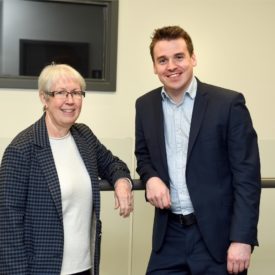 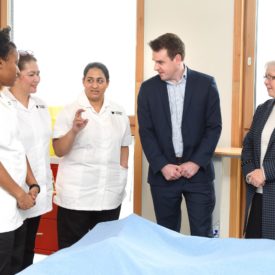 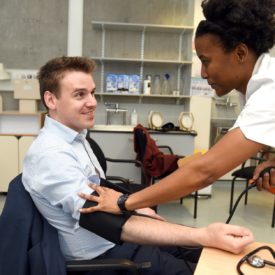 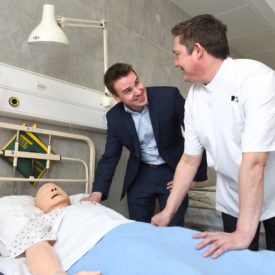 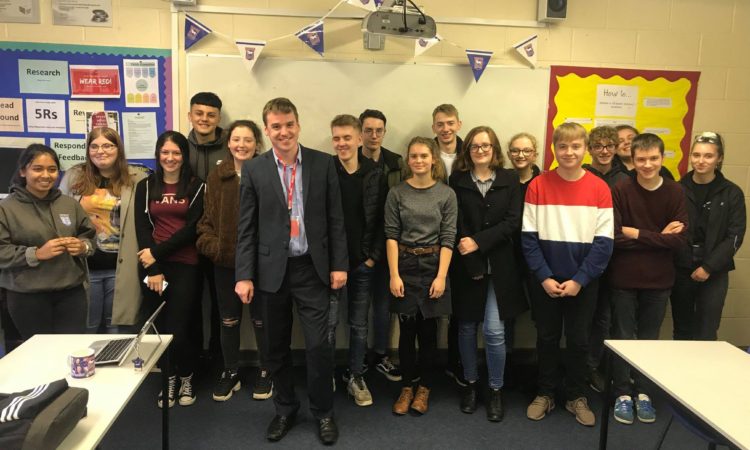 For my weekly column this week I have written about my appointment to the Education Select Committee and how I intend to use my position on the Committee to benefit both my constituents and those with special educational needs across the country. 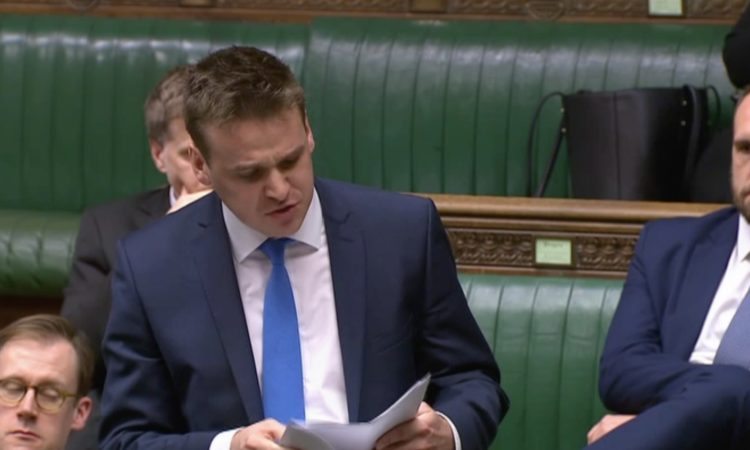 My selection to the House of Commons Education Select Committee

Very pleased to announce that yesterday it was confirmed that I’ve secured a place on the House of Commons Education Select Committee. The Committee is composed of 11 MPs from a number of different parties and is responsible for holding to account the Department for Education and other associated organisations such as Ofsted. It was a great honour to have been elected to serve on the committee.

As many of you know, I’m very passionate about working to ensure that all children regardless of special educational needs they may have is given every opportunity to achieve their full potential. I also feel that my responsibilities on this committee sit comfortably with my primary responsibility which is serving my constituents. I know how important education is an issue for thousands of my constituents and hopefully this gives me a platform to promote positive change. 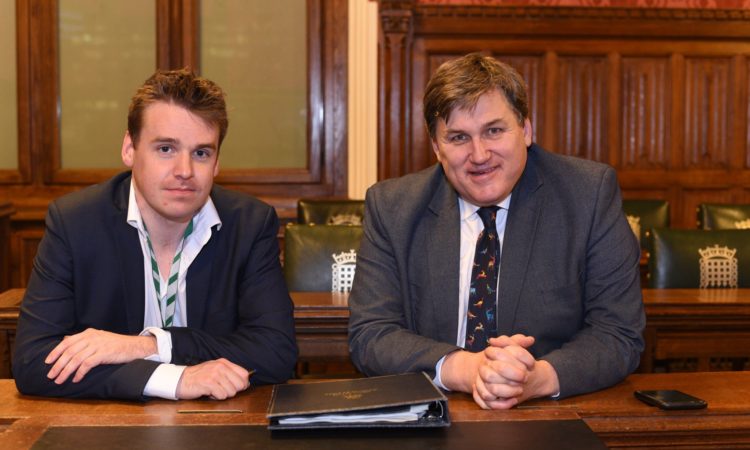 Last night I met with the Policing Minister Kit Malthouse to discuss my concerns about crime and anti-social behaviour issues in Ipswich. I made clear that I think there needs to be a fairer funding formula that benefits Suffolk more than the current system and that there should be a zero tolerance approach to crime and anti social behaviour issues. I was glad the Minister agreed with my approach and he should know, when he was Deputy Mayor for Boris Johnson he was responsible for tackling crime across the capital and he did a very good job! 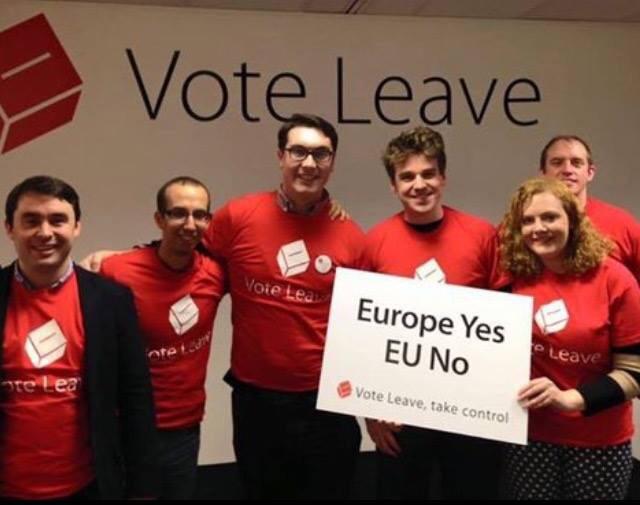 It’s been a very long journey but in 4 hours we will leave the EU, finally, after 3 and a half years. Look how I’ve aged, picture of me as a fresh faced 27 year old, and now as a result of the crazy series of events that unfolded afterwards I won the immense honour of becoming the Member of Parliament… 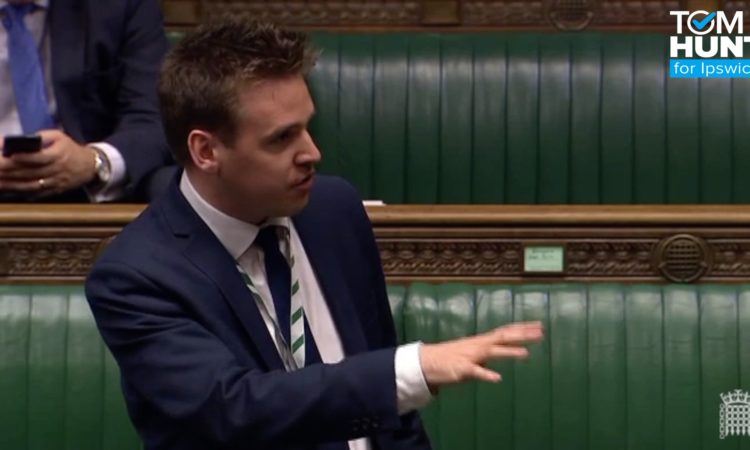 January 30, 2020 0 Comments by Chris in Infrastructure

On Thursday I made my third speech in Parliament in the “Global Britain debate”. I stressed the importance of increased trading potential for Ipswich bearing in mind it’s close proximity to the Port of Felixstowe and the Port of Ipswich. Overall around 6,000 of my constituents are employed at one…

On Monday 27 January 2020, Tom Hunt, Member of Parliament for Ipswich, delivered his second speech in the House of Commons during the second reading of the NHS Funding Bill.

In the speech, Hunt underlined the importance of getting additional health funding for Ipswich. He noted that Clinical Commissioning Group funding is over £100 lower in Ipswich and East Suffolk and that: “the disparities between Ipswich and East Anglia and the rest of the country and real and often pronounced”. He specifically raised GP services, and how Ipswich’s GP-to-population is too high and that local residents say that they struggle to get an appointment when they need one.

Hunt also raised the recent inspection report on the East Suffolk and North Essex NHS Foundation Trust which was formed following the merger of Ipswich and Colchester hospitals in July 2018. The report gave the Trust an overall rating of ‘requires improvement’ which Hunt said was “disappointing” but that direct comparisons with the last inspection in which Ipswich hospital was rated ‘good’ cannot be made because the latest inspection included Colchester.

Hunt also welcomed positive developments in local healthcare including the planned new £35 million A&E Department in Ipswich and the new orthopaedic centre which may be located in Ipswich or Colchester. Hunt stated that these “twin investments may not have happened had the merger into a single trust not taken place”.

Hunt said he would adopt a “watchdog role” to ensure that the merger benefits the people of Ipswich. He emphasised the importance of this with regard to the new orthopaedic centre and some local people’s concern that this may be eventually located in Colchester. If it is to be located in Colchester, Hunt said he would endeavour to ensure that Ipswich patients would only have to go to the centre for their main operations; appointments should be made in the closest hospital to them.

When it comes to the merger, Hunt said that: “Rather than there must be a situation in which one hospital drags another down, it must be the case that when two hospitals come together, the good one drags up the one that is struggling.”

The NHS Funding Bill will accelerate the NHS Long Term Plan, allowing the delivery of commitments such as: 40 new hospitals, 50,000 more nurses, 6,000 more doctors and 50 million more appointments in GP surgeries every year. The Bill underpins the biggest cash increase in the history of the NHS.

“I was glad I was able to give my second speech in Parliament on the important issue of NHS funding and our local healthcare services in Ipswich.

“In my maiden speech, I made clear that Ipswich and East Anglia get an unfair deal when it comes to funding and healthcare funding is no exception so it was good to go into this issue in more depth on Monday.

“While I think the merger of Ipswich and Colchester hospitals has the potential to add weight to our voice when it comes to calling for more investment, as may well have been the case in securing the new A&E Department in Ipswich and the new orthopaedic centre, it is important that the interests of Ipswich residents are put first in the merger.

“I will adopt a watchdog role when it comes to the merger to ensure that both Ipswich and Colchester hospitals improve together and that it’s not the case that the underperforming hospital drags the good hospital down. It will also be important to scrutinise the upcoming decision on the location of the new orthopaedic centre which some residents have been concerned about. If the orthopaedic centre is eventually located in Colchester, I will endeavour to ensure that Ipswich residents only have to go there for main operations. All other appointments must be made at the nearest possible hospital to where people live.

“I also called for the NHS capital schemes approval process to be made more efficient. It took a year for the business case for the new £35 million A and E Department at Ipswich Hospital to be approved when it should have only taken a matter of months, it’s thought that each monthly delay costed over the taxpayer over £160,000, this must be addressed.” 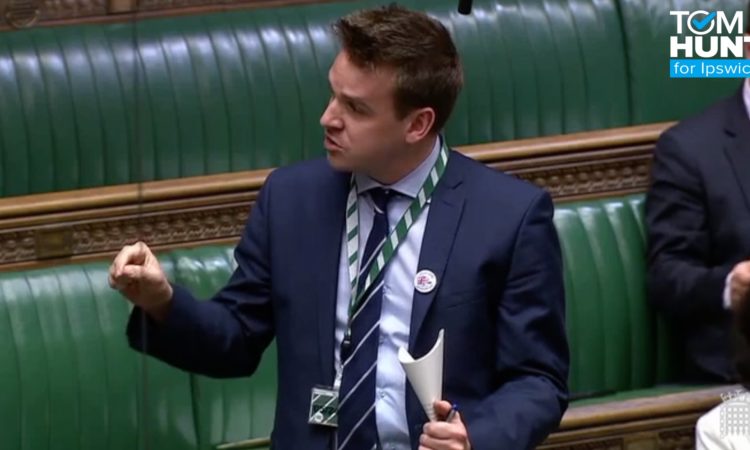 Use of Social Media in Prison

Yesterday I was pleased to be able to raise my concerns about social media use in prisons directly with Ministers in the House of Commons Chamber. I must say I was pleased with the response I received. It definitely seems like the Government are listening and that things will be tightened up. I am very… 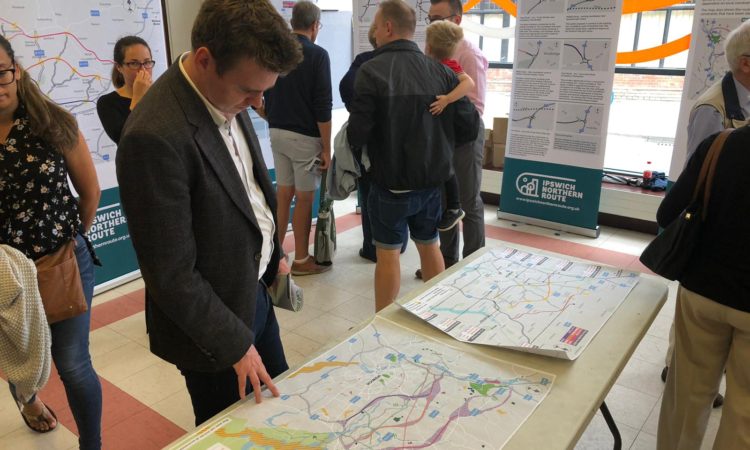 The key take home from the SOBC for me is that there is a solid economic case for building the northern bypass. It’s been quite clear for some time that the inner route was the only game in town and I’m glad that this has now been formally underlined in this report. Energy and focus now needs to be… 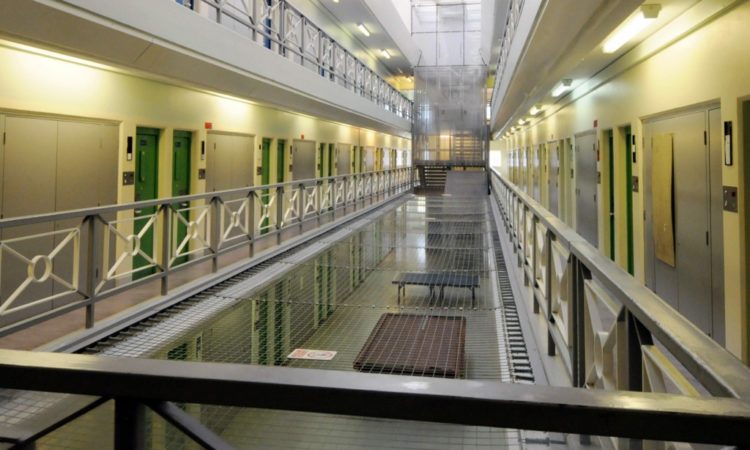 Last week I received a Ministerial response to the question I tabled regarding the social media posting by one of those involved in the murder of Tavis from his prison cell. The Prisons Minister has made it clear that those found to have illegally used social media in prison will be punished.